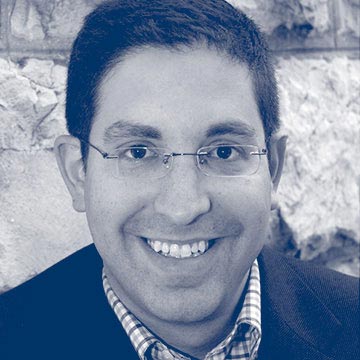 Gil Hoffman has been the chief political correspondent and analyst for The Jerusalem Post for 20 years. He also teaches international communications at Israel's College of Management, and hosts a weekly radio show on the Land of Israel Network. Well-connected to Israeli and Palestinian leaders, he has interviewed every major figure across the Israeli political spectrum, has been interviewed by top media on six continents and is a regular analyst on CNN, Al-Jazeera and other news outlets. Called "The most optimistic man in Israel" by Israel Television, Hoffman provides a behind the scenes look at the intrigue and humor in the Israeli political arena. He was raised in Chicago, graduated Magna Cum Laude from Northwestern University's School of Journalism and wrote for the Miami Herald and Arizona Republic before moving to Israel. He recently made history in Hawaii when he became the first speaker to lecture about Israel in all 50 US states.