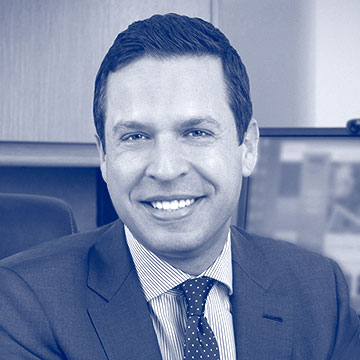 Joshua W. Rednik is Chief Development Officer for Hadassah, and the director of the Philanthropy Division. He brings over 20 of experience in the non-profit sector, managing organizations, raising funds, and implementing multi-million-dollar capital and endowment campaigns. In his role with Hadassah, Josh focuses on cultivating relationships with individuals, foundations, and corporations, with the goal of raising the significant funds needed to fulfill the organization’s mission. Josh came to Hadassah following a tenure of more than four years as President and CEO of the Diabetes Research Institute Foundation. Prior, Josh served for nearly six years as Executive Director of The Jewish Community Foundation (JCF) of Greater MetroWest in Whippany, NJ. Prior to that, Josh held senior leadership roles in both planned giving and endowment development and major gift development at UJA-Federation of New York and The Jewish Federation of Greater Washington (Rockville, MD), where he began his career as Campaign Associate.