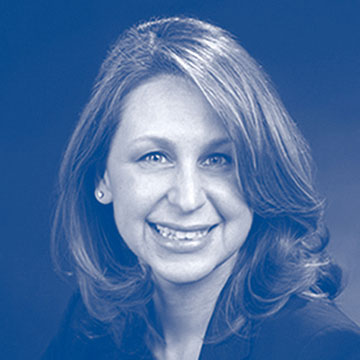 Karen Paikin Barall is the Director of the Government Relations Office at Hadassah, acting as Hadassah's chief lobbyist in Washington DC where she advocates for Israel's security, for women's health initiatives such as affordable access to fertility treatments, and combats anti-Semitism. Karen served as Mid-Atlantic Director for the Orthodox Union Advocacy, where she managed the OU Advocacy’s efforts in Maryland and Pennsylvania. She also worked as Director of Maryland Government and Community Relations for the Jewish Community Relations Council of Greater Washington, where she organized the agency’s state and local legislative efforts, secured millions of dollars in state and local funding. Before joining the JCRC, Karen served as a politically appointed foreign affairs officer in the U.S. Department of State’s Office to Monitor and Combat Anti-Semitism and as Special Assistant for Community Affairs to New York Governor George Pataki. Karen has an extensive background in Jewish communal service and grassroots activity where she has actively served in leadership roles to encourage community activism.