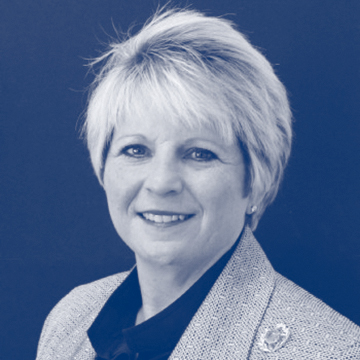 Mindy Petock Bloom of Winston-Salem, North Carolina, is a member of Hadassah’s National Board. She was a National Vice President of Hadassah, and she served on the Membership Core Team as Communications Chair responsible for creating and maintaining communications vehicles within the Membership Division. She was also involved in planning outreach and training to emerging Hadassah leaders. She has also served on the National New Media Team and the National Strategic Planning Committee. Mindy has held the portfolios of National Young Women’s Program Chair, National Young Women’s Network Chair, and National Young Founders Chair. She is a past President of Southern Seaboard Region, and has served as a member of the Southeastern Area Development Fundraising and Membership Teams. Mindy has been a life member of Hadassah since 1991 and has the distinction of being a founding member of two units – the Richmond, VA Tikvah Group and the Winston-Salem, NC Chapter. Mindy works full-time as the Director of Development for the Ronald McDonald House of Winston-Salem.