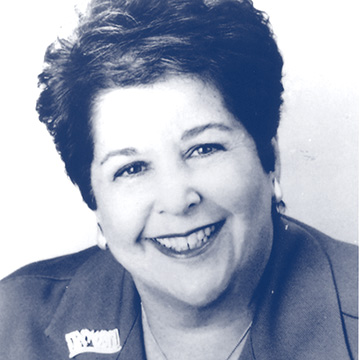 Bonnie Lipton of Highland Park, Illinois, is a former National President of Hadassah, an Honorary Vice President, a member of the Honorary Council of Hadassah, and a five generation Life Member. She currently serves as National Building Chair for the Sarah Wetsman Davidson Hospital Tower. A past National Vice President of Hadassah, Bonnie served as Chair of the Hadassah Medical Organization in Jerusalem and the Chair of Building and Development, overseeing the building of the state-of-the-art Charlotte Bloomberg Mother and Child Center at Hadassah-Hebrew University Medical Center in Ein Kerem. Bonnie has been Associate Coordinator of the Fundraising Division, National Major Gifts Chair and National Membership Outreach Chair. She was Co-Chair and Chair of two past National Conventions in New York and Jerusalem. She chaired the Henrietta Szold Award, Hadassah’s highest honor presented to outstanding leaders in medicine, education, arts and sciences and social welfare. A past President of the Western New England Region of Hadassah, she held many senior positions at the regional level, including Major Gifts Chair and Area Vice President. She is a past President of the Berkshire Hills Chapter. Bonnie is also an Honorary Fellow of the World Zionist Organization and previously served on its Executive Committee. In her community, Bonnie served on the Board of Directors of the Jewish Federation of the Berkshires. She served four years on the first United Jewish Appeal National Young Women’s Leadership Cabinet and was the recipient of a Council of Jewish Federations Young Leadership Award. She also served as Chair of Young Leadership locally and was honored as “Woman of the Year” by the Jewish Federation of the Berkshires.