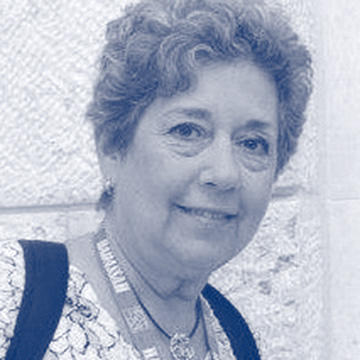 Gail Hammerman of Brooklyn, New York is Educators Council Co-Chair.  Previously, she has served as National Secretary and Resource Chair for the NY Metro Area Region. Gail was a past President of the Brooklyn Region after having served on the Board for many years in numerous positions: Executive VP, Tower Chair, QUEST Chair, Women’s Health Chair and President of the Park Slope Chapter. As a Vice President, Gail is currently serving as a Madrichah for the "Building Hadassah Community" national initiative for leadership development. She is a member of the Executive Committee, National Board and the Governance Committee. Gail sits as a representative of Hadassah on the National Board of the American Zionist Movement. During the 1991 Persian Gulf War, Gail volunteered in Israel and served with the Israeli army. She also did advocacy, outreach and educational programs for SHARE, a breast and ovarian cancer organization. Gail has been honored by numerous communities, legislative and Jewish organizations, such as Na-Amat and Masores Bais Yaakov of Brooklyn. She was also named Woman of the Year by Israel Bonds. Gail was the Special Assistant to the Brooklyn Borough President from 1978-2001. From 1979-2008, Gail also was an Adjunct Professor at Long Island University, where she taught Political Science.