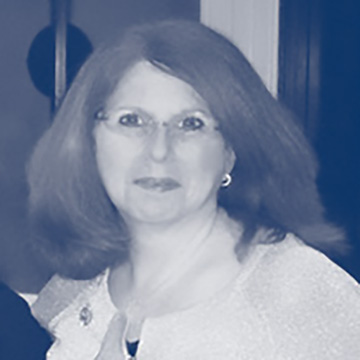 Marcia Gabrilove Ladin of Rochester, New York currently serves as a Marketing & Communications Co-Coordinator. Previously, Marcia served as a National Board Member, a National Vice President, and Co-Chair of the 2014 National Convention in Las Vegas. Prior to those positions, she completed four years as the Young Judaea Scholarship chair, while continuing as a member of the scholarship allocations team. Marcia has also held the National portfolios of Young Judaea Fundraising Vice-Chair, Hadassah Northeast (HNE) Co-op Chair, Henrietta Szold Women's Hall of Fame Chair and National Chair of Bulletins and Publications. Marcia served as President of the Upper New York State Region (which in part was merged with Central States Region). Prior to that, she was active on her region board, serving in multiple areas of fundraising, programming, Young Judaea and Conference chairs. Locally, Marcia is an advisor to the Rochester Chapter.