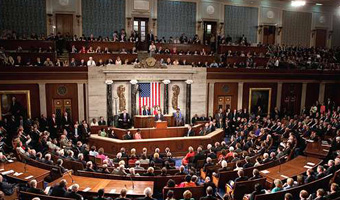 From the pioneering leadership of Henrietta Szold, to our groundbreaking Defining Zionism in the 21st Century series—Hadassah, The Women's Zionist Organization of America, continues to be at the forefront of Zionist advocacy and engagement.

As Hadassah's 330,000 Members, Associates and supporters, you too can make an impact on the world Zionist movement!

Every five years, the World Zionist Organization holds elections for the World Zionist Congress—the Parliament of the Jewish people. Delegates from Israel, the United States, and other countries in the Diaspora come together to govern and perpetuate the Zionist mission. Delegates are separated in factions based on Israeli political parties or Zionist ideology.

Hadassah supporters are encouraged to vote for Zionist Spring, a non-political slate dedicated to engaging world Jewry of all opinions and religiosity in efforts contributing to the betterment of Israel and the Israel-Diaspora relationship. Zionist Spring is comprised of the World Confederation of United Zionists, Young Judaea, Bnai Zion Foundation, and the Baltimore Jewish District.

While Hadassah does not stand for elections, a vote for Zionist Spring supports Hadassah's interests at the World Zionist Congress.

Make your voice heard! Cast your vote in the World Zionist Congress Elections by April 30, 2015

U.S. elections for the World Zionist Congress are administered by the American Zionist Movement. Voting Eligibility: To vote, you must be Jewish, 18 years of age by June 30, 2105, live in the United States, not have voted in March 2015 Knesset elections, and accept the Jerusalem Program—the ideological platform of the world Zionist movement. Registration Fee: $5 for those ages 30 and below, and $10 for those ages 31 and above.