Aftermath of a Terrorist Wave: Reaching Out to Traumatized Children 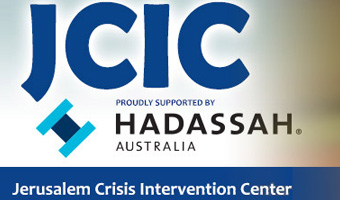 As Israeli children and their parents cope with the latest wave of terror, the Hadassah Medical Center’s trauma specialists are providing expertise and comfort in the Emergency Room, the outpatient Jerusalem Crisis Intervention Center (JCIC), inpatient wards, and local community centers.

Dr. Fortunato Ben-Arroch, Director of Pediatric and Adolescent Post Trauma Treatment, explains: “When there is a terror attack, everyone who is exposed to the attack is brought to the Emergency Room.”  He or his colleagues meet with both the children and their parents in the ER to help them deal with their anxiety and to advise parents as to how to help their children in the aftermath of the terror incident.

Once the parents and children leave the ER, Hadassah’s psychiatrists often follow up with the family, knowing that anxious parents don’t always pick up the phone to reach out for further help, although they could use more help. Those that are admitted to the hospital with physical injuries also need continued psychological support, Prof. Esti Galili, Director of the Division of Child Psychiatry and the JCIC, emphasizes.

Following waves of terror, Dr. Ben-Arroch relates, their regular patients frequently come to the outpatient clinic with an exacerbation of their symptoms. By the same token, Prof. Esti Galili notes that parents bring their children in to the clinic a few days after the terror incident because they notice that their children are experiencing increased levels of anxiety.

Dr. Ben-Arroch recalls one family that was traumatized at a shopping center when a terrorist approached the children with a knife. At the last minute, the terrorist turned and stabbed someone else. Nevertheless, these children were traumatized, even though they were not physically harmed. At the same time, close relatives of the terror victim also suffer from distress, even though they were not on the scene.

Hadassah’s trauma experts have also been contacted by local community leaders who ask them to talk to groups of youngsters, parents or multicultural staffs that are experiencing tension as a result of the terrorism. One community center, for example, reached out to Hadassah’s psychiatrists because the parents were now afraid to bring the kids in to the community center where there were Arab workers. “The Jewish workers know there is no danger from these people,” explains Dr. Ben-Arroch, “but they also understand the fears of the parents.”

Dr. Ben-Arroch went to the community center, together with an Arab clinical social worker on Hadassah’s staff, to speak to the parents and workers to help allay their anxieties and reduce the tension.

With a vision to share their expertise further, Hadassah’s trauma team has a long-term goal to plan trainings for staff outside of Jerusalem, particularly those who are far from the city centers. Mental health professionals, Prof. Galili reports, have approached Hadassah for help because they realize they are just not equipped to treat acutely traumatized children.

And how do Hadassah’s trauma experts personally get through these difficult times? Dr. Ben-Arroch acknowledges: “We, as therapists, are under the threat of what is called secondary traumatization because we are exposed to so many difficult stories. So, we have to work on ourselves and address this issue.”  But, at the same time, he brings out, “Providing treatment is a way to cope for us because we don’t feel helpless; we know what to do; we know how to help. This is our mission.”