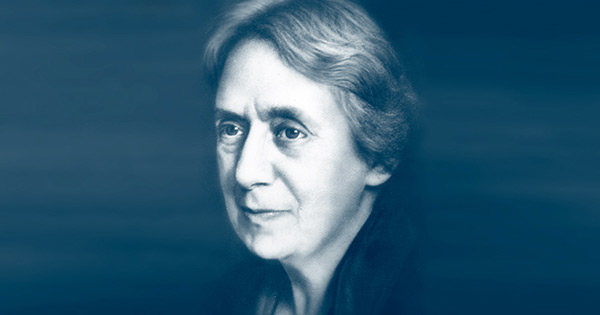 To Repair a Broken World by Devora Hacohen, a biography of Henrietta Szold, the founder of Hadassah, The Women’s Zionist Organization of America, reveals a previously unknown fact: Szold suffered from psychogenic blindness for months, as she dealt with her unrequited love for colleague Louis Ginzberg.

“We actually see psychogenic blindness quite often following a trauma,” says Hadassah Medical Organization senior neuro-ophthalmologist Dr. Josh Kruger. “Patients complain that they can't see, though there’s no physical evidence of tissue damage. It can pass quickly or last for months. We offer reassurance, telling them that their brains and eyes are okay and that the blindness will pass. If necessary, we refer them to a psychiatrist, but often this isn't necessary.”

Szold's psychogenic blindness did eventually pass. What helped her overcome her condition was the trip she took with her mother, Sophie, to pre-state Israel. After seeing so many children with flies in their eyes, suffering from trachoma, Szold took positive action. Together with a number of women from her study group, she founded Hadassah.