Fifty Years After Roe: A Time for Resolve & Resilience 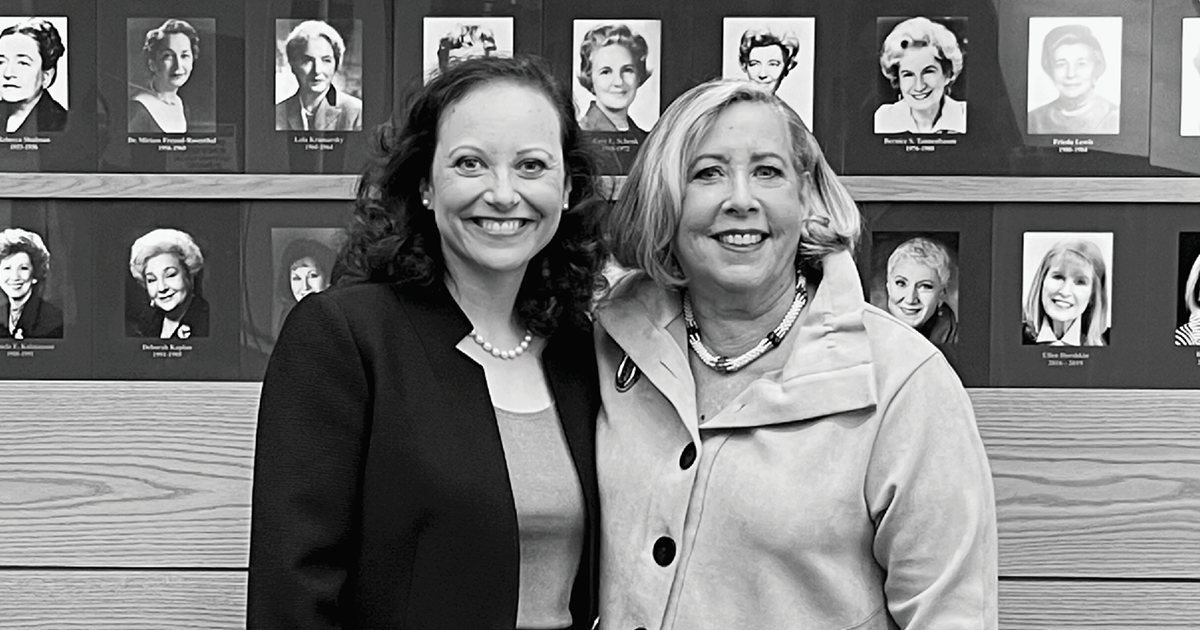 January 22 marks the 50th anniversary of the Supreme Court's Roe v. Wade decision. Yet 50 years after the right to reproductive freedom was recognized, we find ourselves once again without federal protections given the overturning of the Roe decision in June. Yet Hadassah's vision today is still unequivocally pro-choice, pro-women and pro-Israel. And we will continue to fight for a woman's right to reproductive health, self-determination and dignity.

This month, the Hadassah National Board adopted a policy statement on Hadassah's "Support for Choice in a Post-Roe Landscape." (The board also adopted a policy statement on "Championing Israel’s Right to Exist.") The post-Roe statement reaffirms our unwavering support for complete access to reproductive choice and health care and "commitment to fight for protections for patients ... as well as for doctors, nurses, other health professionals." And it sets the stage for our outreach to policymakers at the local, state and federal levels and to mobilize our communities.

Join us Monday, January 23, at 7 pm ET for "The State of Choice: Taking Action in a Post-Roe America,” a free, online Hadassah event, and find out how you can support choice in your state and on the federal level.

What's at Stake
Over the decades, Hadassah has rallied and advocated, mobilized and educated to pass and safeguard federal protections for choice.

Three studies — all released this month — show us just how much is at stake.

Speaking Out in the States
State bans on choice can have a serious negative impact on women's health. Restrictive state policies can force women to undergo invasive medical procedures, put off potentially lifesaving treatment and needlessly suffer physical and mental harm. We all deserve agency over our own bodies and the freedom to make reproductive health decisions based on medical guidance, our own values and what we feel is best for our health, our families and our future.

We're grateful that since Roe v. Wade was overturned, so many Hadassah advocates have been fighting for choice on the local, state and federal levels. Thanks to these efforts, restrictive ballot measures failed last year in Kansas and Kentucky, while several measures to advance and protect reproductive freedom passed in California, Michigan and Vermont.

Now, state legislatures across the country are taking up this issue.

As we push back against such restrictions, we'll continue to fight — locally and nationally — for legal protections and against legislation to restrict reproductive health.

We hope, as you're setting your resolve for the year ahead, you'll plan to stand with Hadassah in this post-Roe fight, as we all find resilience and community in doing what needs to be done, together.