First Commercial Antibody Serum Given at Hadassah to COVID-19 Patient 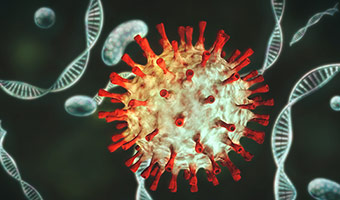 The Hadassah Medical Organization worked with an ultra-Orthodox communal organization to collect antibody-rich plasma from recovered COVID-19 patients for use as a treatment for others who were severely ill.

Hadassah Medical Organization Director General Zeev Rotstein has announced that the first- ever commercially produced dose of a plasma-derived immunoglobulin (IgG) serum for COVID-19 was used to treat a critically ill young patient at Hadassah Hospital Ein Kerem. Although the patient stabilized for several days after receiving the serum, she was already too sick to be saved due to previous underlying health conditions.

In June, Kamada Ltd., a biopharmaceutical company based in Rehovot, Israel, with a product line focused on plasma-derived therapeutics, became the first commercial company in the world to manufacture a plasma-derived IgG product to treat COVID-19. The company utilized its own approved technology and plasma, which included quantities collected at Hadassah Hospital, with the active participation of the religious communal organization Eda Haredit.

At the initiative of Hadassah, patients in a government convalescent hotel and from within religious neighborhoods were recruited for plasma donations. Despite the distance from their neighborhood and cutbacks in public transportation, tens of volunteers came to Hadassah’s Blood Bank at Ein Kerem and donated their plasma, a process that takes an hour. Representatives of Kamada picked up the plasma in Jerusalem and used it to make their serum by concentrating the antibodies.

Within a week of contracting COVID-19, the human body begins to produce an antibody called IgG. Usually, these antibodies remain in the blood for over a year following contraction of an infection. If IgG levels are high, it is surmised that the person can’t be re-infected.

Unlike antibodies that are created by the sick person’s immune system, the antibody serum produced by Kamada is imported to passively boost the patient’s resistance over the course of fighting the virus. According to Prof. Rotstein, among those who have recovered, 75 percent have a high level of antibodies, which enables the use of their plasma to make a serum to help critically ill patients. At the time of the collection in April and May, Prof. Rotstein had reported that the Edah Haridit leadership was very enthusiastic about the Hadassah initiative and that young volunteers in the ultra-Orthodox neighborhoods launched a Save a Life initiative to help.

The first batch of antibodies was ready in mid-June, and doses were made available for compassionate care within Israel.

The 19-year-old patient who received the first dose had arrived at Hadassah in serious condition. A CT scan showed catastrophic lung damage. Within hours of receiving the serum, the patient’s condition stabilized. Unhappily, the previous damage was too extensive, and even the use of an ECMO heart-lung machine did not enable her to survive.