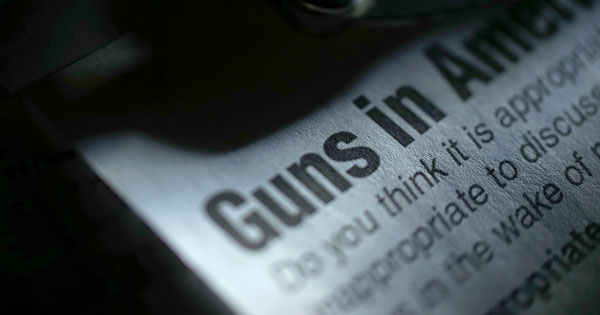 Hadassah, The Women’s Zionist Organization of America, Inc. applauds Congress for coming together across partisan divides to pass the Bipartisan Safer Communities Act, which was signed into law on June 25. This meaningful gun safety legislation is a positive step toward making our neighborhoods, places of worship and families safer. This comes just days after a Supreme Court Decision struck down a state gun law and easing public access to firearms.

Gun violence is a public health crisis affecting communities across the US. Hadassah also continues to fight against antisemitism and hate in our places of worship, schools, workplaces and communities nationwide. The Jewish community knows the pain and damage gun violence cause, having seen numerous acts of hate targeting our synagogues, schools, markets and community centers in recent years.

Hadassah members have been active in calling for gun safety legislation, including by writing to legislators through the National Action Center in favor of the bipartisan bill. Hadassah also joined with other Jewish organizations in sending letters to the Senate and House urging Congress to support the bill. The legislation enhances background checks, funds red flag laws, closes the boyfriend loophole and increases funding for mental health resources. Read more about the bill and take a moment to thank your legislators that supported the Bipartisan Safer Communities Act.

Hadassah also joined with 24-7, The People’s Filibuster for Gun Safety, a platform bringing forward voices from across America to show the impact of gun violence on so many and widespread support for common sense action. Hadassah Advocacy Vice Chair Michelle Foster, a member of the Education and Advocacy Division, Hadassah Foundation Board and past president of Hadassah Greater Philadelphia, testified about her experience with gun violence in her community. Watch the video here.

Together, Hadassah and other members of our community stood united to curb gun violence harming our loved ones. Thanks to your efforts, legislators took the first bipartisan action on gun safety in over 20 years and brought the nation one step closer to a more peaceful, safer country for all.