Hadassah and Jerusalem have Always Been Synonymous 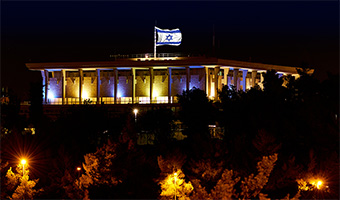 The following statement went out to the press, and was posted on our national Facebook page, yesterday following the announcement.

Historically and politically, spiritually and culturally, Jerusalem represents the heart and soul of the Jewish people. Our two hospital campuses lie within the holy city, and have transcended politics for nearly 100 years by offering top notch medical care to anyone in need regardless of religion, race or national origin. Only under Israeli sovereignty has Jerusalem and its religious sites been open to all people. Hadassah Medical Organization has served, and will continue to serve as a beacon of peace in the region. We offer our sincere hope for calm throughout the region during this transition. We applaud the recognition of the city we hold so dear, and continue to advocate for a peaceful solution where all can live in safety and security.