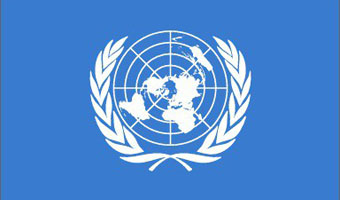 The UNESCO World Heritage Committee has ratified a resolution passed by the UNESCO Executive Board that denies and seeks to erase Judaism's historic ties to our most holy city.

Thank you to everyone who joined with Hadassah in supporting the International Legal Forum and StandWithUs petition to UNESCO, which successfully garnered over 80,000 signatures. Now, we stand with the World Jewish Congress in urging UNESCO to reverse this anti-Semitic resolution.

Sign the WJC petition to speak out against the politicization of religion, including within the governing bodies of UNESCO. Holy sites in Jerusalem must unequivocally be designated as integral to Judaism, Christianity, and Islam alike. The petition to UNESCO Chairperson Michael Worbs calls on him to urge fellow executive board members to reverse this outrageous resolution at their next meeting in April.

Yesterday, the United Nations Educational, Scientific, and Cultural Organization's (UNESCO) Executive Board passed a preliminary resolution—prepared by the Palestinian Authority—that denies and seeks to erase 3,000 years of Jewish history and connection to Jerusalem. 24 of 58 countries voted in favor of this resolution, 26 abstained and five others, including the United States, voted against.

Hadassah, the Women's Zionist Organization of America, stands with Israel in the face of attacks on both its sovereignty and security. The Palestinian denial of any Jewish connection to its holiest sites is an attempt to rewrite history, and with such an outrageous resolution passing through the body that represents all nation states, this is an embarrassment of epic proportions. Reclassifying Jerusalem's holiest sites as solely Muslim, and ignoring the historic connection of Jews, Christians and other faiths to these sites is an obscene example of the ongoing and pervasive anti-Israel bias that plagues the United Nations. We commend the United States and those nations who did not vote in favor of such a destructive resolution.

As a member of the Conference of Presidents of Major American Jewish Organizations, we stand with their outrage that, "this is a moral issue. There can be no equivocation."

These efforts to claim ownership are emblematic of the Palestinian refusal to accept the existence of Jews in the Jewish homeland. With UNESCO validating these claims, this resolution further aggravates existing tensions and incites additional violence in the region, as it dangerously reframes the conflict as not only political but religious.

Today, the Israeli Education Minister, Naftali Bennett instructed the Israeli committee to UNESCO to suspend cooperation with the agency over the resolution. These types of destructive motions further alienate Israel forcing it to end professional cooperation with international bodies.

Aware that this resolution may pass, Hadassah sent an action alert out last year urging you to send letters to UNESCO Director-General Irina Bokova, and head of the UNESCO Liaison Office to the UN Marie Paule Roudil. We thank you for those efforts. We also expressed our outrage on our social media platform yesterday— if you do not follow us on Facebook and Twitter, please "like" our pages to keep up with our statements as they appear.

You can make your voice heard by signing this petition from change.org which calls upon UNESCO to recognize the deep historic, cultural and religious connection between the Jewish people and holy sites in the land of Israel.