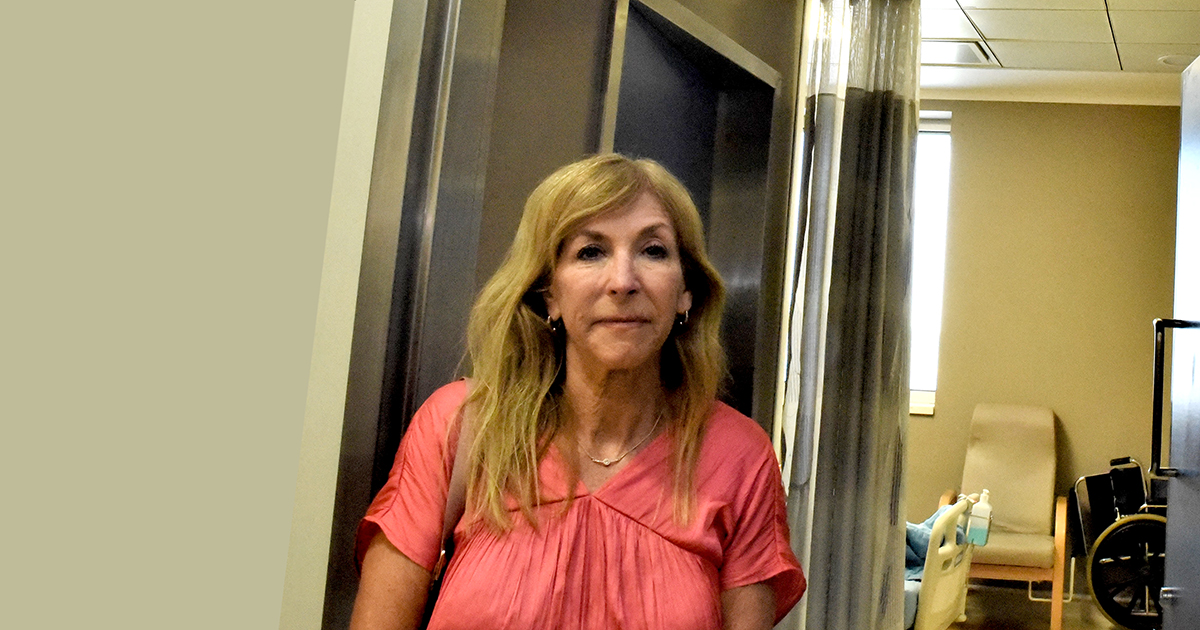 Mindy Cohen's sister-in-law phoned her at her home in Birmingham, Alabama, asking if she knew where husbands Gary and Brad were. The brothers were staying in Surfside, Florida, after celebrating their parents' wedding anniversary. Mindy turned on the television. On every news channel was a horrific report about the collapse of the 12-story Champlain Towers South in Surfside.

"I didn't know my husband, Gary, was going to spend the night there," said Mindy, in Jerusalem to dedicate a memorial plaque at Hadassah Hospital Ein Kerem in his memory and that of her brother-in-law.

The brothers were killed in the collapse. It took weeks of excavating the site to find and identify their bodies. Gary, 58, was a physician specialist in physical rehabilitation. Mindy's brother-in-law, Brad, 51, was an orthopedist.

A lifelong Zionist and life member of Hadassah, she decided to memorialize her husband in the Orthopedics Department at Hadassah Ein Kerem.

Gary and Brad’s names are illuminated above the entrance to Room 1 in the Orthopedics Department in the Sarah Wetsman Davidson Tower. The recognition is called "Lighting the Way," and a Hadassah official praised Mindy for lighting the way toward healing.

Prof. Iri Liebergall, head of the Orthopedics Department, provided a personal tour of the futuristic operating theaters to Mindy and a delegation of her family and friends.

"I'm very impressed and so glad to be part of the lifesaving work of Hadassah," she said.