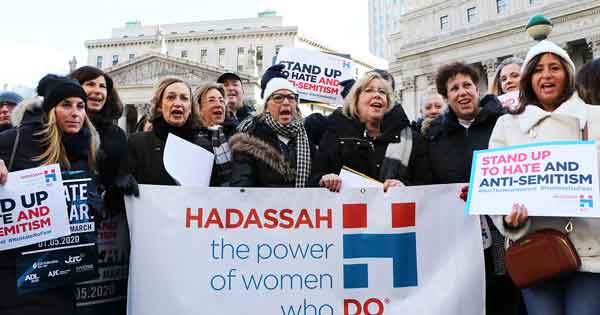 Over the last year, Hadassah members in Arizona, Massachusetts, Nevada and Ohio have appeared before state legislatures in support of mandates to include Holocaust education in schools. Through letters, interviews, opinion pieces and testimony before legislative committees, members are having a tremendous impact. For example, when Unilever-owned Ben & Jerry’s chose to align itself with the antisemitic Boycott, Divestment and Sanctions movement (BDS), Hadassah members in Florida, Illinois, New Jersey, New York and Texas spoke up quickly to demand punitive action under anti-BDS statutes.