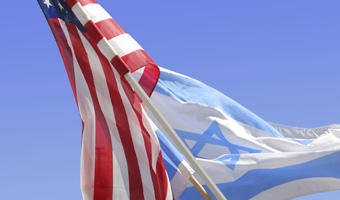 Hadassah, The Women's Zionist Organization of America, Inc., joins with the Jewish Council for Public Affairs, of which Hadassah is a member, in its response to the framework agreement on Iran's nuclear program.

Hadassah welcomes President Obama's pledge to consult closely with the new Israeli government to further long-term security cooperation, and make clear the United States' unshakeable commitment to Israel’s defense. Hadassah urges the U.S. and Israel to continue engaging in substantive discussions with one another, and the international community, to ensure that Iran never achieves nuclear weapons capability—a grave threat to the security and stability of Israel, the region, and the world.

After listening to President Obama’s remarks on the recently announced framework agreement on Iran’s nuclear program, the JCPA reiterates its support for the earnest efforts of the Administration to find a diplomatic solution to the issue of Iran's nuclear ambitions. We recognize the hard work and perseverance of the P5 + 1 representatives that participated in negotiations leading to this stage and appreciate the complex issues of regional and national security that it raises. There are many details that must be addressed before a final agreement can be signed, and the JCPA is eager to begin a careful review of this agreement. We take this review process with the utmost seriousness.

‘The JCPA has long considered the prospect of Iran obtaining nuclear weapons to be a matter of the gravest concern and utmost urgency. Such a development would threaten our allies in the region, including Israel, pose a danger to U.S. national security, and threaten countless human lives. As we work toward a final status agreement, we wish to stress the importance of the details of a few of the most salient provisions in the framework agreement discussed by the President.

We consistently have urged the Administration to negotiate an agreement that would prevent Iran from achieving nuclear breakout capacity within a short time frame. This means significant limitations on the amount of stockpiled uranium allowed to remain in Iran, the number and sophistication of working centrifuges, and their total permitted output.

We believe there needs to be a stringent and intrusive inspections program of all facilities that will enable monitoring agencies to verify strict Iranian compliance with the terms of an agreement. There also must be immediate and severe consequences should Iran breach the agreement, including the immediate imposition of amplified economic sanctions.

Finally, we call for the maximum possible transparency regarding the agreement. In particular, we are eager to learn the specifics of President Obama’s commitment to appropriate Congressional review of the agreement. Although there are strong and passionate views on all sides regarding this agreement, we believe both the American President and the Israeli Prime Minister are committed to a peaceful resolution of the Iran issue. We urge civil discourse, reasoned debate, and a renewed commitment to work together in a bipartisan fashion toward our shared goal of alleviating the threat of a nuclear armed Iran.