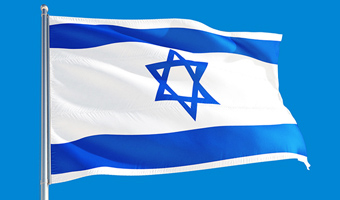 “Hadassah applauds the compromise that was reached today that will help to ensure that the values of the entire Zionist community are accurately represented. Inclusivity, proper representation and unity are principles that Hadassah cherishes and advocates for, and we are proud to support the revised Agreement of Principles for the World Zionist Congress.

By our actions this week, Hadassah helped to create an atmosphere in which a fair and just Agreement of Principles could be created. Because of Hadassah’s efforts, the Zionist movements in Israel and in the diaspora are better represented now than they would have been otherwise. An Agreement that emphasizes our commitment to diversity and pluralism is one that we believe can represent all Jews, near and far, and establish opportunities for the next generations of young Zionists to lead. Hadassah is also excited that for the first time in 40 years, a woman will serve as president of the World Zionist Organization.

Hadassah believes that members of the World Zionist Organization, collectively, can establish a strong framework to strengthen the Zionist movement, ensure a safe and secure Israel, and provide a platform for our children to strengthen the community for generations to come.“

ABOUT HADASSAH: Hadassah, the Women’s Zionist Organization of America, Inc. (HWZOA), is the largest Jewish women’s organization in the United States. With nearly 300,000 members, Associates, and supporters, Hadassah brings women together to effect change and advocate on such critical issues as ensuring the security of Israel, combating antisemitism, and promoting women’s health. Through the Hadassah Medical Organization's (HMO) two hospitals in Jerusalem, Hadassah delivers exemplary patient care to over a million people every year and supports world-renowned medical research. HMO serves without regard to race, religion, or nationality and earned a Nobel Peace Prize Nomination in 2005 for building “bridges to peace.” Additionally, Hadassah supports several Youth Aliyah villages that set at-risk children in Israel on the path to a successful future. For more information, visit www.hadassah.org.