Hadassah Statement: US Embassy in Jerusalem 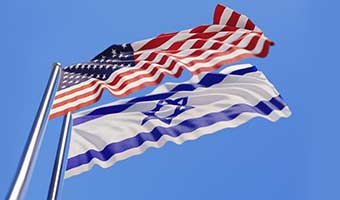 Jerusalem has been the heart and soul of the Jewish People for 3000 years and the heartbeat of Hadassah, The Women's Zionist Organization of America, Inc. (HWZOA) since its founding in 1912.  Rooted in the spirit of tikkun olam, healing the world, and harnessing the power of American Women (and men) working to improve the quality of life of all Israel's people, we celebrate Israel's 70th Year of Independence. The official recognition of Jerusalem as the State of Israel's capital and the subsequent Embassy move is the fulfillment of a longstanding bipartisan commitment to the Jerusalem Embassy Act of 1995. We know firsthand the importance of a strong US-Israel relationship and we work to support and foster its growth each day.

Every independent, sovereign nation has the right to designate its capital; Israel is no exception. The United States was the first country to recognize Israel's independence in 1948 and therefore it is most fitting that it is the first country to recognize Jerusalem as the State of Israel's capital and move its Embassy there as acknowledgement of Israel's seat of government.  The fact that this move took place on the anniversary of Israel's 70th Year of Independence makes it especially poignant.

Hadassah's position is simple — we stand for a strong US-Israel relationship and continue to advocate for peace, health and safeguards for Israel's future; the future of all its inhabitants. Jerusalem is the eternal capital of the Jewish People and we applaud the recognition by the United States of America of it also being the capital of the State of Israel.