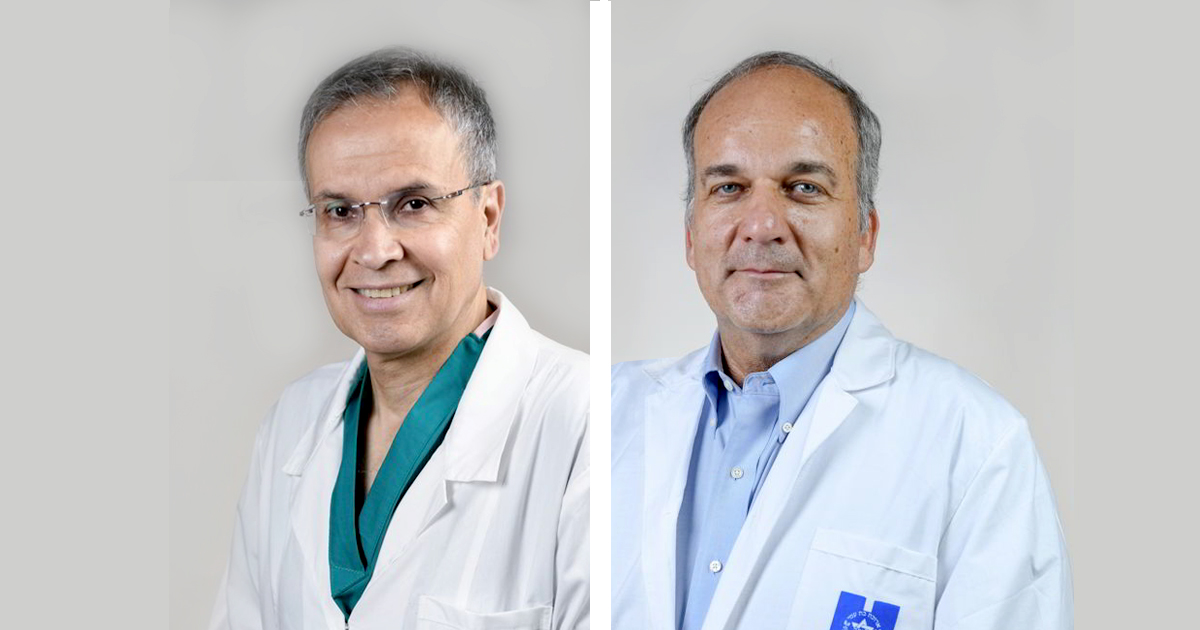 It took intelligence, far-reaching vision and decades of hard work—plus a splash of Israeli audacity. In 1998, Prof. Benjamin Reubinoff, then a young sabra gynecologist and obstetrician from the Hadassah Medical Organization in Jerusalem, was on a two-year leave in Australia. His specialty in Israel, the country with the highest birthrate among developed countries, was in vitro fertilization (IVF).

In the process of helping couples to have children, the healthiest and most viable test-tube embryos are implanted, rarely more than three at a time. Other embryos are kept in reserve, but ultimately, not all embryos can be implanted. Prof. Reubinoff believed that these early clusters of human embryonic stem cells (hESCs), with their potential to divide indefinitely and to develop into other cell types, could provide the key to curing many intractable diseases. He had travelled to Australia to work with scientists who were exploring this field.

There was a hitch. Ethical constraints in Australia stopped him and his fellow researchers from working with human embryonic stem cells. So Prof. Reubinoff flew to Singapore, a country in which, as in Israel, stem cell research was allowed. There he performed the initial isolation of hESC lines from the inner cellular mass of early embryos at the blastocyst phase, five days old and one hundred cells.

On the return flight to Australia, in Prof. Reubinoff’s shirt pocket was a flask of reddish liquid with the cell lines he was able to isolate over many days and nights in the laboratory. This part of the journey was featured in an editorial review in the prestigious magazine Science, as Israeli researchers set the pace of stem cell development in the world.

Publication of Prof. Reubinoff's findings also paved the way toward the establishment, on his return, of the Sidney and Judy Swartz hESC Research Center at the Goldyne Savad Institute of Gene Therapy at Hadassah. There, the Hadassah team developed new stem lines with possible clinical applications, sharing their stem lines with eager scientists around the globe.

Prof. Reubinoff's work, unlike that of many others in the field, was not aimed simply for laboratory or theoretical research. At Hadassah, he and his colleagues were treating real patients desperately seeking restorative therapies for incurable diseases. Clinical application was crucial. Colleagues in different fields at Hadassah, who were used to thinking out of the box, were intrigued by the challenge and possibilities of this novel direction in medicine. For example, in the Neurology Department, clinical trials have been launched in which Prof. Reubinoff's stem cells are being used to treat ALS, while orthopedic surgeons have been using stem cells to speed healing in complex fractures.

In the Ophthalmology Department, physician-scientist Prof. Eyal Banin believed that the human embryonic stem cells derived by Prof. Reubinoff could provide a platform to treat retinal diseases and, in particular, age-related macular degeneration (AMD), a disease that advances slowly and painlessly and is the leading cause of blindness in the Western World. The macula is the part of the retina responsible for sharp central vision, which is needed for reading, facial recognition and driving. With age, a high percentage of the elderly exhibit AMD, which often severely impairs their quality of life. Dysfunction and loss of retinal pigment epithelium (RPE) cells that assist in sustaining the overlying photoreceptors in the retina play a crucial role in the development of AMD. To date, there is no effective treatment to support and/or replace the aging, failing RPE cells. Prof. Banin speculated that if human embryonic stem cells could be differentiated into RPE cells, transplantation of such "young and healthy" RPE cells could slow, stop and even reverse the age-dependent progressive loss of function and degeneration of the RPE cells of the host and attenuate the loss of vision associated with AMD.

Collaborating closely, Prof. Reubinoff and Prof. Banin were able to develop the technology that allows hESCs to differentiate into RPE cells in culture, obtaining cells very similar to the RPE cells in our eyes. Following transplantation in an animal model of retinal degeneration caused by RPE dysfunction, they showed that the hESC-derived RPE cells could attenuate the degenerative process and the loss of photoreceptors, preserving vision.

Once these promising results were obtained, this project became the main focus of Cell Cure Neurosciences Ltd., a company Prof. Reubinoff founded at Hadassah's on-campus technology transfer company Hadasit. Over 20 years, Prof. Reubinoff and Prof. Banin, together with the Cell Cure team, developed OpRegen, a preparation of hESC-derived RPE cells, carrying the initial results obtained in their labs through the translational research phase. This included production of clinical-grade cells at a high level of purity, establishing the efficacy and safety of these cells again in animal models and addressing all the regulatory requirements such that approval of the US Food and Drug Administration and the Israeli Ministry of Health was ultimately obtained in 2016 for a phase I/IIa clinical trial in patients with advanced dry AMD. In this trial, a suspension of hESC-derived RPE cells was injected into the subretinal space, and the results support safety and possible efficacy of the cells. Along the way, their project was bought by Lineage Cell Therapeutics, Ltd, which, in turn, has now entered into an exclusive worldwide collaboration and licensure agreement with Roche's Genentech to develop and commercialize OpRegen for the treatment of the dry form of AMD.

“This has been a unique and thrilling journey,” relates Prof. Banin. “Few clinician-scientists have the privilege of seeing their work go from basic research to clinical application in patients, and we feel very fortunate that this is now happening. The preliminary results give hope that the technology will attenuate and delay the visual loss associated with dry AMD and, now that a leading pharmaceutical company is behind this effort, it greatly enhances the possibility that the technology Prof. Reubinoff and I developed will reach the millions of AMD patients who need it.”