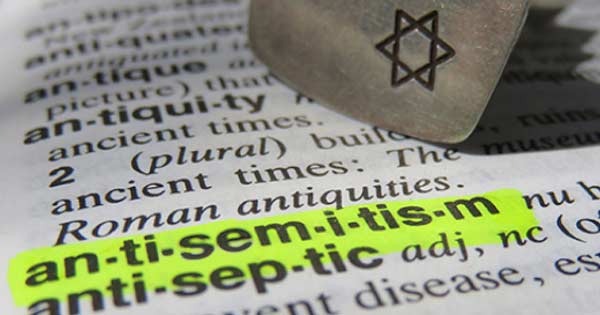 The recent flurry of disturbing antisemitic slurs from students on campuses across the country to celebrities to politicians on the campaign trail is a stark reminder that Jewish communities are experiencing a dangerous surge in antisemitic incidents.

We are proud to work with the Jewish community and with allies across the country to call out antisemitism for what it is: hate against the Jewish people for being Jewish. Together we must all stand united against Jew hate, whether they are physical acts or inflammatory rhetoric, and work together to build a safer, more inclusive world.

That was the message in a recent ad aired during a Sunday Patriots football game, sponsored by The Foundation to Combat Antisemitism and The Kraft Family Foundation.

Hadassah has and always will #StandUpToJewHate, working to fight antisemitism at all levels, speaking out against antisemitism and anti-Zionist actions from the United Nations to college campuses and advocating for the remembrance and honoring of victims of antisemitic, anti-Israel terror attacks.

This year, Hadassah members successfully urged their legislators to confirm Deborah Lipstadt as the US State Department’s Special Envoy to Monitor and Combat Anti-Semitism with the rank of Ambassador – a title we worked hard to help elevate.

Hadassah continues to support the adoption of the International Holocaust Remembrance Alliance (IHRA) Working Definition of Antisemitism and is a proud partner of The Combat Antisemitism Movement. We encourage all governments, organizations and institutions to adopt the definition in order to unite against antisemitism.

As antisemitic incidents grow at an alarming rate, Hadassah and our members remain committed to standing up to Jew hate in all its forms. #StandUpToJewHate