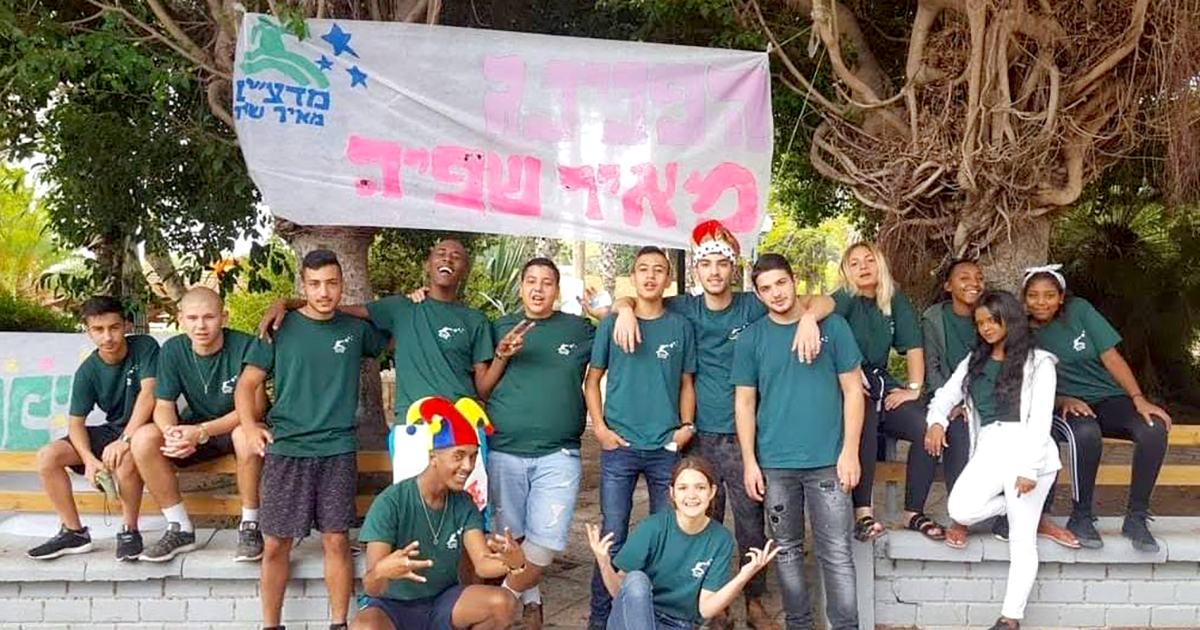 Like students throughout the United States, Israeli youth are also gearing up for a new school year in the coming days and weeks. Setting a record in enrollment, Hadassah's Meir Shfeyah's Youth Aliyah Village is preparing to welcome 678 students on the first day of school. Slightly fewer than half the students will live on campus; the others will commute from nearby communities. Shfeyah carries on the rich tradition of Youth Aliyah, which from its inception in 1934 has rescued and educated thousands of needy, at-risk youth from Israel and around the world.

Defying the teacher shortage plaguing schools everywhere, Meir Shfeyah received praise from the Ministry of Education for being the only youth village in Israel to be fully staffed, thanks to the extraordinary recruiting efforts of the school's administration, which offers its staff the professionalism, support and personal attention every teacher requires and deserves.

In the last weeks of August, new teachers receive intensive orientation to familiarize themselves with the village, its students and its programs. Counselors and housemothers make home visits to the families of new students to get to know them better and to reassure parents and their kids before they leave home. Among the new counselors are five Shfeyah graduates, who, after their army service, are returning to the village to mentor the students. The village will also benefit from 11 volunteers doing a year of service before the army working in the residential programs. Three young soldiers will do their army service working as teachers in the school.

Among the 325 residential students, fully a third are in the Na'ale program, meaning they have come alone to Israel from other countries without any family nearby. That number includes 29 Ukrainian students who arrived as refugees in March and April. Others hail from Russia and other FSU countries, Chile, Venezuela, Uruguay and France.

Only half of Shfeyah's students are native Hebrew speakers. For new students with no knowledge of Hebrew, the village offers four ulpan classes in Hebrew, after which students are integrated into Hebrew-speaking classes at their grade levels.

According to Lauren Stern Kedem, a teacher at the school for more than 30 years, "Students look forward to returning to school and being among friends and adults who understand them, care about them and support them. Most of them think of Shfeyah as their second home, and, for many of them, it is their first home in Israel. I continue to be inspired by our students, who are willing to give us and themselves another chance to succeed, even when it is very difficult. And I admire our staff who do this work year after year with dedication, love and genuine concern."

Shfeyah's multinational student body succeeds in their exams at nearly twice the national average. Fully 98 percent of its graduates serve in the IDF, and 50 percent do an additional year of community service and/or army preparation courses before their army service. Approximately 40 percent pursue higher education. Significantly, Shfeyah students become successful and productive members of their families, communities and Israel.

At a recent meeting of Shfeyah's Board of Directors, Yoram Panias, the director of Shfeyah, emphatically expressed his deep appreciation for Hadassah's support, which allows the village to effectively respond to the changing needs of the students. He also praised the professionalism and commitment of the staff, which has resulted in the recognition of Shfeyah as one of Israel's outstanding boarding schools.