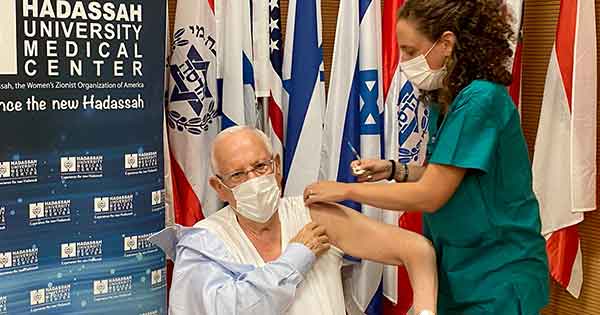 Rivlin thanked the medical teams that are doing this sacred work in Israel’s vaccination campaign and congratulated them on their efficiency and speed.