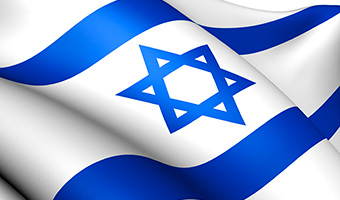 As the State of Israel has matured, attracting Jews from near and far, and established itself on a solid economic footing, a rich cultural life has flourished in music, art, film, dance, literature, fashion and food. Especially since the influx of emigres from the Former Soviet Union, the number of orchestras in Israel has multiplied. Whereas once Israelis listened to popular music coming from the United States and Great Britain, today there are Israeli counterparts recording and performing in all genres of popular music. There is an active jazz scene as well as a conservatory that is devoted exclusively to jazz and contemporary music, the Rimon School of Music. Rimon has produced talented performers including the international singing star Achinoam Nini and her accompanist Gil Dor. Rimon partners with the Berklee School of Music in Boston to offer its students a first year program of study in Israel. Israeli singer/songwriter/guitarist David Broza is also an international star with a worldwide following. Israeli musicians have also developed their own genre of music with a strong flavor of the Middle East known as Mizrahi. For a glimpse into the intersection of contemporary Israeli Music and life, check out Rock in the Red Zone, a film about life and music in the hot spot city of Sderot. This amazing and eye opening film is available for viewing to you as chapter screenings. Visit www.rockintheredzone.com for information.  Israel is also still a place where sing-alongs featuring shirei-am folksongs are still a beloved cultural tradition.

Aside from a vibrant gallery scene, Israel is home to countless art museums, both large and small. There are industrial parks that also include their own art museums. Although the Israel Museum may be the best known museum in the country, locales as diverse as the Ralli (Recanati) Museum in Caesarea, the Ticho House in Jerusalem, and the Ilana Goor House in Yafo, offer a tiny taste of the diversity that is Israeli art museum culture. The Bezalel Academy of Arts and Design, with a global reputation dating back over 100 years, offers exhibitions as well. There is a blossoming crafts scene, typified by the twice weekly Nachalat Binyamin crafts fair in Tel Aviv, which is one of hundreds that crop up on a regular basis throughout the country.

For generations, Israel has produced literary giants, including Nobel laureate S.Y. Agnon, and Nobel nominee Amos Oz. Many Israeli authors are readily available in translation. Notable names to investigate include Etgar Keret, David Grossman, Meir Shalev, Sayed Kashua, Orly Castel Bloom, Gail Hareven, and Shifra Horn. First held in 1963, the Jerusalem International Book Fair is a unique biennial event, renown not only as a business fair but also as an upbeat Literary Festival. A discussion of Israeli films will follow later in this edition of Women Who Learn. Our next issue, in its entirety, will be devoted to Israeli food.

In the meantime, read, learn, and enjoy our introduction to Israeli culture.

This article is part of the August/September 2016 edition of Women Who Learn. To obtain a PDF version of the full edition, email us at jewisheducation@hadassah.org.