Jeff Brodsky: Honoring the Past, Believing in the Future 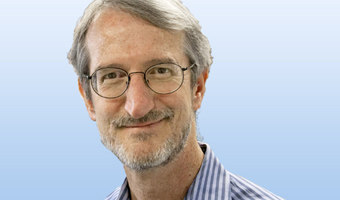 Jeff Brodsky’s family ties to Hadassah are long. His parents, Renee and Merwyn, who married at the age of 20 and enjoyed a wonderful marriage lasting 60 years, were children of immigrants who all benefitted from Hadassah programs in Chicago. With her own mother an active member, Hadassah was part of Renee’s life from early on and she became a longtime member of the South Suburban Hadassah Chapter. When asked about his own childhood memories of Hadassah, with a chuckle, Jeff reveals that for him and his brother, Steve, “a definite favorite was the Hadassah cookbook, which was the go-to for the family’s favorite recipes.”

Jeff recalls the lasting impression Hadassah made on his family, which also made its home near Chicago. One of the most enduring lessons Jeff learned from his mother, Renee, was that “being a ‘doer’ is very important,” which echoes Hadassah’s imperative “to take action, to make an impact.”

An appreciation of science and medicine was also part of the Brodsky family tradition. Merwyn was a respected chemist who spent most of his career at Argonne National Laboratory. Jeff recalls the first family trip to Israel, “When we visited the Hadassah Hospital at Ein Kerem that we had heard so much about, we were so impressed, and the awe-inspiring Chagall windows were incredible.” It became a precious family memory that brought a vivid new dimension to their appreciation of Hadassah.

The value of Renee’s bond with Hadassah has continued to grow in ways she likely couldn’t have imagined. Jeff recalls “how important the concept of tzedakah was” to his mother throughout her life. Today, the family’s connection to science has grown new roots at Hadassah. In honor of his mother, a cancer survivor during her lifetime, Jeff created the Renee Kaplan Brodsky Fund with a generous gift to support the work of up-and-coming researchers at Hadassah Medical Organization who are seeking cures for diseases affecting women. Jeff explains that he not only wanted to make an immediate impact, he wanted to fuel the advancement of young researchers for years to come. “The hardest period in being a successful researcher is when you’re getting started. Small starter awards are critical for young researchers to get the preliminary results that can translate to getting bigger grants.”

His gift is strategic and hopeful. With Jeff’s own background in biomedical research as the Avinoff Chair of Biological Sciences at the University of Pittsburgh, he appreciated the types of questions the young researchers on Prof. Rivka Dresner Pollak’s team were asking. “I was impressed by the cutting-edge research that the lab was using to understand the underlying causes of ovarian cancer. I wanted to contribute to this community of scholarship, which may help lead to a cure.” He adds, “I know how much my mom would love to know that this work is continuing in her memory.”

As featured in the 2019 Hadassah Annual Report, released in July 2020.

Learn more:
Join our fellowship of over 33,000 men who support Hadassah: Become an Associate.
There are so many ways you can support Hadassah's lifesaving work. Learn how you can make an impact today.