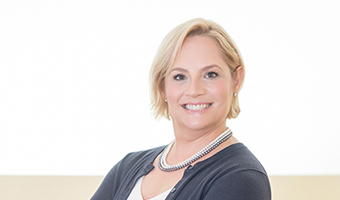 “We are a four-generation Hadassah family,” said Miami-born Esther Panitch, who credits her mother, Linda S. Goldstein, and grandmother Yetta Fried z”l for her commitment to Hadassah’s mission. “My mom brought me to meetings as far back as age 6,” said Panitch. “Women gave me cookies, let me practice reading out loud, and they doted on me. I did not understand everything Hadassah did then, but I knew it was about Israel and women, and I loved both.”

During law school, Panitch craved being part of a group of Hadassah women her own age. She found one in Miami and joined with some of her like-minded friends. “We wanted to speak up, using our skills to become advocates.” Now 46, Panitch describes herself as “primarily a criminal defense attorney who also does family law and specializes in cases where those two fields come together.” She’s had a number of high-profile cases and is a sought-after legal analyst who comments on cases for local and national media.

Panitch and her husband, Roger, met in Israel on a Jewish Federation mission in 1997 and now have a daughter and two sons. “My daughter has attended many events with me,” said Panitch. “She loves the women and thinks they’re badasses. Those are the kind of women I want her around. She just graduated high school and will be studying in Israel on a Young Judaea program. And, a year and a half ago, my youngest had his bar mitzvah in Israel.”

Panitch and her family relocated in 2004 to Georgia, where she continued practicing law and became active in the Greater Atlanta Hadassah Chapter. When her chapter promoted a young women’s campaign for stem cell research, Panitch was eager to help. She’d just recently lost her 56-year-old father to heart disease and diabetes.

Although she wasn’t a science researcher, Panitch found another way to make an impact. She used her voice to raise money for building a stem cell lab at Hadassah Hospital in Jerusalem. “It was a thrill when we met our goal a year early!” said Panitch. At that time, US laws restricted medical stem cell research. “That made Israel’s involvement especially important. By promoting HMO’s research around the world, we knew results would be faster.” And they have, including HMO clinical trials for potential treatments of ALS and neurodegenerative diseases that have riveted the worldwide medical community. Panitch was grateful for the opportunity to help all of humanity. “Believe me,” she joked, “nobody wants me in a lab. I’m a lawyer, not a scientist—if you saw my science grades, you’d never let me near anything scientific.”

With her thriving law practice in Atlanta, Panitch works full-time and then some, as do her colleagues. Yet, despite their limited time, they continue their quest to fundraise and educate about HMO’s medical research. Esther is a Keeper of the Gate and proud member of the Circle of Founders. “It’s so important to work on something bigger than us. It fulfills the need to do our part in making the future better. On days I’d rather stay in bed, Hadassah motivates me to get up and get going. As my mother did for me, I want to inspire my daughter to be a strong citizen of the world.”

Read more stories about our members and the Power of Women Who Do.

You want to make an impact? That's what we do. Join our powerful network of women around the country. Join Hadassah, the Power of Women Who DO.