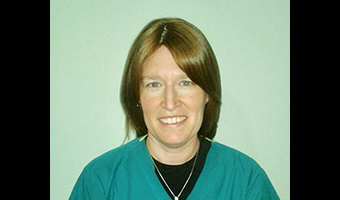 Already a grandmother, a woman, age 42, from the Mea Shearim neighborhood of Jerusalem, gave birth to her 20th child at Hadassah Hospital Ein Kerem.

In 2008, a newspaper in Israel reported that a 47-year-old mother from Safed gave birth to her 19th child. This recent birth may be a record for the most births to one mother in Israel. According to The Guinness World Record Books, however, the greatest officially recorded number of children born to one mother is 69! The woman was “the wife of Feodor Vassilyev (b. 1707), a peasant from Shuya, Russia. In 27 confinements, she gave birth to 16 pairs of twins, seven sets of triplets, and four sets of quadruplets.”

Midwife Aliza Altmark, who assisted with the uncomplicated birth, relates that the woman gave birth to one set of twins previously, so this marks her 19th birth. "She was calm and relaxed,” Ms. Altmark said of the mother. “She was excited and emotional when the baby was placed in her arms, with the same love and excitement as a first-time mom.”

The maternity ward at Hadassah Ein Kerem, a leading birth center in Jerusalem, is accustomed to large families, but not as large as this. As Ms. Altmark, who immigrated to Israel from America, noted, "I have been a midwife at Hadassah for almost eight years, and so far I have met women who were having their 13th child, but not more.”

She adds: “The truth is that in the delivery room, what number birth it is doesn’t change the special attitude that the mother gets from the midwife. No matter what the number, the birth has to be a pleasant, safe, and peaceful experience. "