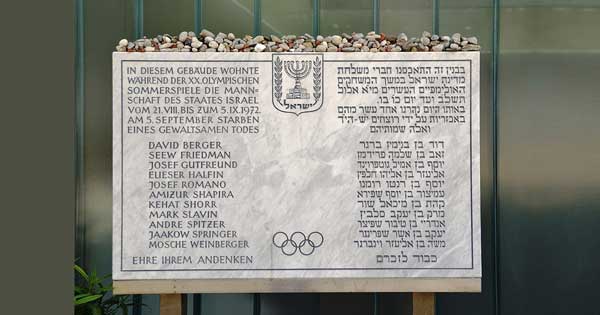 This September marks the 50th anniversary of the murder of eleven members of the Israeli Olympic Team by the terrorist organization Black September at the 1972 Summer Olympics in Munich. In the half century since the attack, the victims' families and loved ones continue to fight for adequate compensation from the German government; and the International Olympic Committee (IOC) has an opportunity to honor their memories at future Olympic Games.

In a Letter to the Editor published in The New York Times, Hadassah National President Rhoda Smolow and CEO Naomi Adler urge the IOC to ensure that the victims of the Munich Massacre are remembered with a minute of silence at the start of every Olympic Games.

“The Olympic value of building a better and more peaceful world requires all of us to stand up against acts of hatred and antisemitism and to remember those who lost their lives because of them.” Read their New York Times piece here.

Urge your legislators to ensure that the lessons of the Munich Massacre are never forgotten by supporting H.Res. 1292 here.