Protecting Women's Health — and Choices: A Call to Action 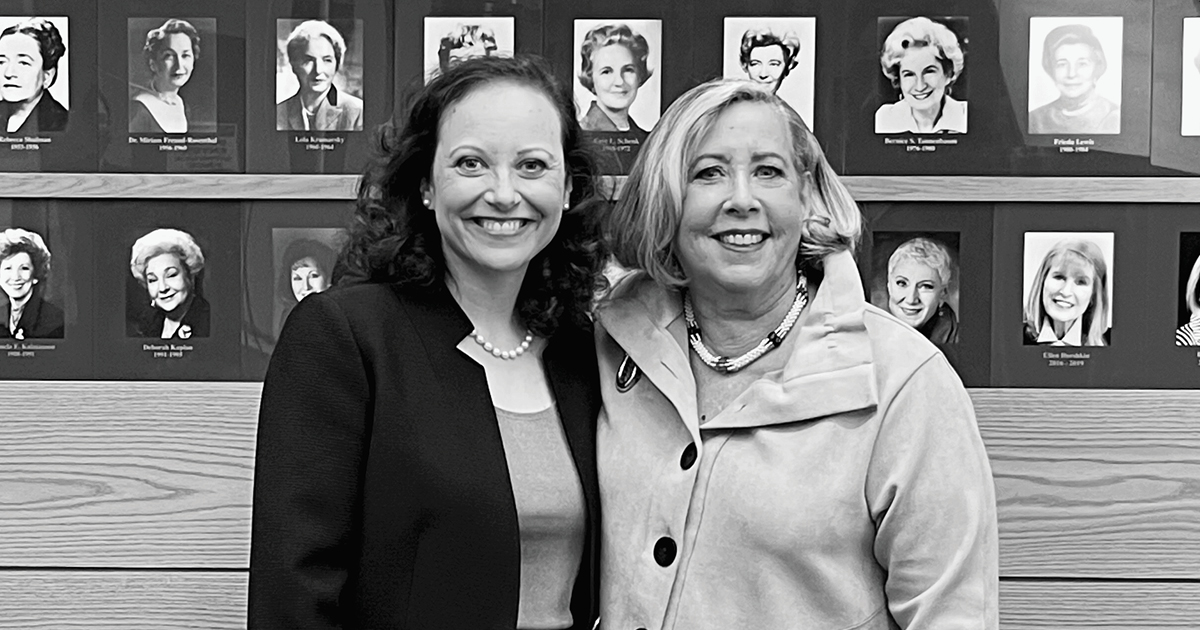 "Our efforts aren’t just for ourselves, or our children and grandchildren, but for the impact we can make in the lives of all kinds of women, in all kinds of situations, including women of all faiths." — Naomi Adler (L) & Rhoda Smolow (R)

Less than a month ago, we lost a trailblazer for women's rights and women's health: Sarah Weddington, the lawyer most famous for arguing Roe v. Wade. On January 22, 1973, Justice Harry A. Blackmun handed down the US Supreme Court’s landmark 7-2 decision. This Saturday marks the 49th anniversary of Roe v. Wade. Yet now, nearly five decades later, we can't be sure that ruling — and its protections — will survive the year ahead.

We are deeply concerned and want to make sure everyone in our Hadassah family understands what's at stake — and why we need you to join us in mustering up as much support as we can for the Women's Health Protection Act.

On December 1, 2021, the Supreme Court heard oral arguments on a monumental case that could overturn Roe. That case, Dobbs v. Jackson Women's Health Organization, is built around a Mississippi law that prohibits nearly all abortions after 15 weeks of pregnancy and, even more, specifically asks the court to overturn Roe v. Wade and Planned Parenthood v. Casey.

The Dobbs v. Jackson case follows closely on the heels of the Court's September ruling not to overturn Texas’s Senate Bill 8 (SB 8), which, in effect, bans abortions after six weeks, a direct violation of Supreme Court precedent. So we have reason to be wary about how they'll rule on Dobbs v. Jackson — a decision expected this year.

We certainly can't decide Dobbs v. Jackson for the Supreme Court, although Hadassah has let them know where we stand, joining 72 other organizations and the National Women's Law Center in signing an amicus brief. (We’re grateful to the members of the Hadassah Attorneys and Judges Council who played a part.)

What we can do is speak out together to make sure that women's reproductive health choices are protected in every state, whatever happens with the Mississippi case. We've said this before and we'll say it again — and we'll keep saying it until our voices are no longer needed: Hadassah has, and always will, stand for women's reproductive rights and empowering women with the knowledge to make critical health decisions for themselves and their families.

As we said then, Hadassah's advocacy for women's health — just like our advocacy for Israel — is driven by our commitment to ensure these issues are above partisanship. Reproductive care is fundamentally about health and patient autonomy. Reproductive health choices, based on full and accurate medical information and guidance, must be made in accordance with a woman's own religious, moral and ethical values.

That's why, for decades, Hadassah has championed women's freedom of choice — through policy statements and op-eds, amicus briefs, rallies, marches and letters to Congress and local newspapers. Each of us has the power to heal our world, to raise our voices, to make a difference. We're proud to be a women's Zionist organization, and hope you are proud to be part of our Hadassah family. Our efforts on women's reproductive rights and access aren't just for ourselves, or our children and grandchildren, but for the impact we can make in the lives of all kinds of women, in all kinds of situations, including women of all faiths.

Right now, there are 26 states that "will or are likely to ban abortion without Roe," according to the Guttmacher Institute. That's why the Women's Health Protection Act is so crucial. This legislation would allow Congress to stop onerous, medically unnecessary requirements and state-level abortion bans, including those with no exceptions for rape, incest, fetal anomalies or threats to the woman's health. The House passed the act in September, and it now awaits a Senate vote.

Everyone deserves agency over their own body and autonomy to decide — based on medical guidance and their own values — what is best for their health, their family and their future. We need to trust women.

With so much relying on the Supreme Court decision, we're proud to come together as a powerful Hadassah force for women, working on this issue alongside other women's health advocates, Jewish organizations, legal groups, medical associations and others, urging our constituencies, friends, congregations — to stand with us in support of the Women's Health Protection Act.

We hope you will, too.