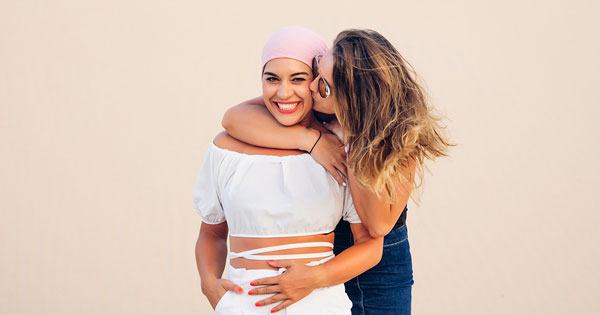 In recognition of Breast Cancer Awareness Month, Hadassah, The Women’s Zionist Organization of America was proud to partner with the Embassy of Israel and the National Cancer Institute to offer a panel presentation, ”Innovations in Breast Cancer Diagnosis and Treatment.”

“Conversations like these save lives,” Hadassah National President Rhoda Smolow told participants in her introductory remarks, where she emphasized breast cancer awareness as a keystone of Hadassah’s women’s health advocacy mission.

As in all medical science, perspectives often change as new data emerges. Among the paradigm shifts in breast cancer diagnosis and treatment is the “awareness that breast cancer is not one illness,” Dr. Paluch-Shimon related. With this recognition, she explained, comes the imperative to understand the specific biology of an individual patient’s tumor and to tailor treatment more precisely. In addition, Dr. Paluch-Shimon said, “sometimes, less is more. We have to get treatment right and not overtreat our patients.”

Dr. Dunn focuses on the other end of the spectrum: prevention of cancer. She and her colleagues identify a woman’s risk factors for the different types of breast cancer and then explore steps to mitigate those risks. Dr. Dunn related that the strongest risk factor is a “pathogenic mutation in the BRCA1 or BRCA2 genes.” That being said, she noted that except among certain groups, such as Ashkenazi Jewish woman where the risk is one in 40, BRCA mutations are rare.

Speaking about Ashkenazi Jewish women, Dr. Paluch-Shimon said, “I strongly suggest that women of Ashkenazi descent get tested irrespective of family history.” She noted that the BRCA mutation can be inherited from either a woman or a man. At the same time, she said, some cancers, though they appear several times in the same family, cannot yet be linked to an inherited gene. It could be that the cause is polygenic, involving more than one gene.

Other risk factors that Dr. Dunn is investigating include obesity and a sedentary lifestyle, as well as the lesser-known risks of weight change and radiation exposure. In addition, Dr. Dunn revealed that women who menstruate earlier or have late menopause have a longer period of exposure to estrogen and, therefore, a higher risk for breast cancer.

Dr. Paluch-Shimon highlighted another risk factor which, she said, is not talked about, but we have the ability to modify through our lifestyle: alcohol. “We don’t need to avoid alcohol all together,” she emphasized, “but we should be vey cautious about how much we drink.”

For all breast cancer patients, the physicians emphasized, quality of life during treatment is key. Dr. Paluch-Shimon noted that “quality of life is part of all assessments of treatment. There are no clinical trials that don’t consider it.” And, she qualifies, it is quality of life as defined by the patient, not the physician, technically known as “patient-recorded outcomes.”

At Hadassah’s breast oncology center, Dr. Paluch-Shimon reported, the approach is integrated and holistic, including a dedicated team of psychologists for breast cancer patients. There is also a “patient navigator,” who helps the women navigate their complex treatment protocol.

Dr. Paluch-Shimon also heads up a special oncology service dedicated to young women, created 10 years ago in acknowledgement of the fact that breast cancer is particularly challenging for young women who are dealing with not only a life-threatening disease but also the potential loss of their fertility. At Hadassah, alerting these women to the opportunity for fertility preservation is always a priority.

The key takeaway from both physicians was clearly that awareness of one’s risk factors and options, followed up with action, will save lives.

‍View the webinar on the Embassy of Israel’s Facebook page.