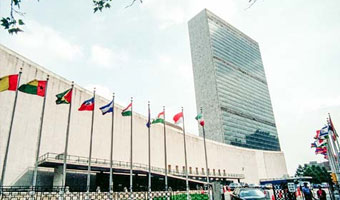 As passionate Zionists we are deeply troubled by the resolution passed by the UN Security Council on December 23, 2016. This past September, 88 American Senators, both Democrats and Republicans, signed a letter to President Obama urging him to veto any one-sided resolution brought to the UN involving Israel and the settlements. We care about the lives of both Israelis and Palestinians and believe that a lasting peace between them can only be achieved through direct negotiations between the two parties.

The UNESCO October resolution that Israel has no historical ties to the Temple Mount set the foundation for last Friday's vote implying that the Kotel, Hadassah Hospital, and Hebrew University could be considered "Palestinian Territory."

Hadassah encourages the United States to support Israel's security. We are proud to be Hadassah, the Women's Zionist Organization of America.