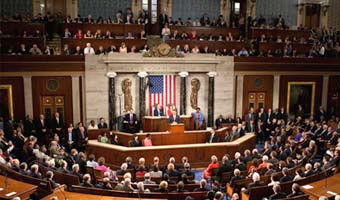 Your voice still matters! Send a message to Congress ›

Despite news reports about the level of congressional support, your voice still matters. Keep sending letters to Congress to help prevent a nuclear armed Iran and to advocate for the security of Israel, the region, and the world. Help us reach 60,000 signatures!

On July 14, the United States, P5+1 (United Kingdom, France, Russia, China, and German), and Iran announced an agreement on Iran’s nuclear program. Iran Nuclear Agreement Review Act of 2015 (H.R. 1191), signed into law on May 22, mandates that Congress shall have 60 days to review and vote on the agreement before any sanctions can be lifted. Legislators return from the summer congressional recess on September 8, with a deadline to vote by September 17.

Urge your legislators to continue speaking out about Iran’s transparency of its nuclear activities, security safeguards, and compliance prior to the lifting of economic sanctions. It is essential to maintain a credible threat of economic pressure to ensure that Iran does not abandon or violate the process.

Hadassah also urges the United States to continue engaging with Israel throughout this process in order to maintain security cooperation, economic partnerships, and a robust U.S.-Israel relationship.

Hadassah’s National Board and Delegates approved a new Iran policy statement at the 2015 National Board and National Business Meetings in Philadelphia: “Hadassah recognizes the efforts of the United States and members of the international community to secure a diplomatic solution to the issue of Iran’s nuclear program. However, we remain acutely concerned that the proposed agreement will fail to prevent Iran from obtaining nuclear weapons.” Read the full statement ›. As a member of the Jewish Council for Public Affairs (JCPA), Hadassah also joined JCPA in its response.

Your voice still matters! Send a message to Congress ›

After over a year of talks, the deadline for a comprehensive nuclear agreement with Iran is now only two weeks away. A nuclear-armed Iran remains an immediate and existential threat to Israel and the world.

With the support of advocates like you, we have sounded the alarm about Iran’s nuclear program and secured crucial Congressional oversight of any potential Iranian nuclear deal.

Now members of Congress must continue to speak out, before the agreement is finalized, to help ensure the best deal possible.

Watch the above video, and urge your legislators to insist that any agreement must ensure Iran’s transparency about its nuclear activities, security safeguards, and compliance prior to the lifting of any economic sanctions. Existing sanctions are credited with bringing Iran to the negotiating table, and it is essential to maintain a credible threat of economic pressure to ensure that Iran does not abandon or violate the process.

We must eliminate all pathways to a nuclear-armed Iran—a grave threat to the security and stability of Israel, the region, and people everywhere.

Take action before it's too late.