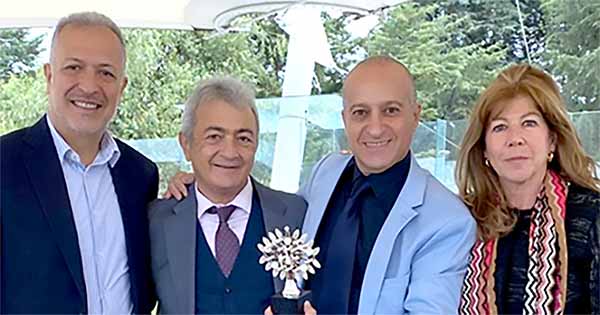 It was Friday, March 13, 2020. The Mexican government had just announced that the COVID-19 pandemic had reached Mexico, and that there were now 16 COVID-19 patients in the country.

Alarm bells went off in the well-organized Mexican Jewish Community. Everyone knew that eight of these COVID-19 patients were members of their own community, and there was potential for major spreading of the virus within it. The impact could be enormous.

Marcos Shabot, president of the umbrella Federation of Jewish Communities, immediately called an emergency meeting of the community leadership to discuss what they could do to protect the Jewish Community from the ravages of the pandemic. Could Israel serve as a model for them? Israel had already been dealing with the pandemic for a few months and had taken concrete steps to control the virus’ spread.

Rafael Zaga, chair of Hadassah Mexico and a member of the Hadassah International (HI) Board of Directors, immediately put in a call to Israel to find out what the Hadassah Medical Organization (HMO) could do to help. With the eight-hour time difference, it was 5:00 pm, Jerusalem time, when he reached Jorge Diener, HI’s executive director, who was at home preparing to celebrate the Jewish Sabbath with his family.

Zaga asked, “Could you please call some of the medical experts at the Hadassah Medical Center right away and ask them if they could relay advice to the Mexican leadership in a phone call in a couple of hours?”

Diener made the necessary calls and, two hours later, he was able to advise the Mexican Jewish Community that the most important immediate step they had to take was to protect the elderly (who would be the most vulnerable to the disease) by isolating the “grandparents.”

The Mexican Jewish Community follows a tradition whereby three-generational families get together every week for a Sabbath meal. It is a wonderful occasion where grandparents can be together with their grandchildren and pass on their heritage. The advice from the Hadassah medical experts meant that this tradition had to stop immediately.

The Mexican Jewish leadership listened. They sent the message out immediately: Do not meet with your grandparents!

Within a few days, the Mexican Jewish Community also built a website that still serves as a resource to find information and help in dealing with COVID-19.

On the advice of Hadassah, the Mexican Jewish Community also instituted a system of COVID-19 testing of both the elderly residents and those interacting with them in nursing homes. The Community administered the testing.

HI made sure that the Mexican Jewish leadership had direct access to HMO’s medical experts. They also instituted a series of webinars (many in Spanish or with Spanish translation) featuring Hadassah’s COVID-19 experts, who offered information and advice on various COVID-19 issues and challenges. Diener, who is Spanish speaking, also made himself available for radio and TV interviews to educate the general public.

On October 22, 2021, the Mexican Jewish Community hosted a special outdoor reception to thank and to honor Hadassah for helping to save Mexican lives. Diener flew to Mexico from Israel to accept the “Tree of Life” award on behalf of HI, HMO and Hadassah, The Women’s Zionist Organization of America.

Presented by Marcos Shabot on behalf of the Federation of Jewish Communities in Mexico, the award serves as a symbol of the 18 lives that were saved in Mexico because of Hadassah’s support and guidance during the pandemic. The number 18 (חי) in the Hebrew numeric system has special significance as it also spells the word “chai”, which means “life.”

“It was a memorable moment, made possible by all that Hadassah is and signifies,” noted Zaga. “It is a privilege to be a part of this team.”