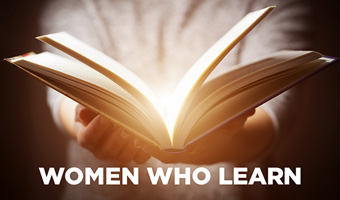 The Israel Defense Forces (IDF) is a key institution in Israeli society. It is the great protector of the people and the State of Israel as well as their pathway to social integration. Social and business relationships are forged during the average soldier’s military service. For those soldiers who might not have passed their matriculation exams (bagrut) remedial education is offered. Those who opt to make the army their career of choice have amazing educational opportunities during their time of service and become highly desirable executive employees upon their retirement from the army.

Keeping in mind that the philosophical underpinnings of modern Zionism are both democratic and inclusive of the diverse populations who live within Israel’s borders, the IDF, as a Zionist institution, has developed special units and programs that integrate religious soldiers and women. Most notably,in recent years, a new, minority population has found a place in the ranks of the IDF and, as a result, a new place in the life of their homeland.

Prior to 2008, all high school students with autism received automatic letters of exemption from military service. Since then, however, the army has included recruits with autism in the “Visual Intelligence Division,” otherwise known as Unit 9900.

The relationship has been mutually beneficial. For these young people, the unit is an opportunity to participate in a part of Israeli life that might otherwise have been closed off to them. For the military, it’s an opportunity to harness the unique skill sets that often come with autism: extraordinary capacities for visual thinking and attention to detail, both of which lend themselves well to the highly specialized task of aerial analysis. (The Israeli Army Unit That Recruits Teens With Autism by Shira Rubin, January 6, 2016)

The autistic recruits are screened and trained in a special program called Ro’im Rachok, (translation: seeing into the future) followed by specialized training at Ono Academic College that includes work with therapists who help them acquire coping skills for the stresses and rigors of their army service.

Many of Ro’im Rachok’s graduates depend on the connections and skills they build in the army to help them achieve independence once they leave it. Military service is often a pathway to jobs in Israel’s booming tech sector, especially in the intelligence fields. This is particularly advantageous for young people with autism as they approach the so-called “bloody 21,” the age at which almost all government-funded programs for autistic Israelis, like subsidized transportation and assisted- living services, are cut off. (Shira Rubin, citation above)

Special in Uniform is a world first: a four-year training program that prepares youth with disabilities to serve in the Israeli Defense Forces (IDF) alongside their peers. No other nation's military trains people with disabilities for army service. A decade ago, IDF Lt.-Col Ariel Almog argued it was time to include youth with special needs and he began, “one by one, to take youngsters and train them,” says Yossi Kahana, Special in Uniform’s co-founder. Today, the program — which is funded largely by private donors and by the Israeli government — works with 200 adults with a variety of intellectual and physical disabilities; plans are underway to expand the program to military bases across Israel. (Israeli military opens training to disabled youth, January 11, 2015 by Louise Kinross, Interview with Yossi Kahana)

The program accepts recruits ages 18 to 24 with a variety of physical and mental challenges, including autism and Down Syndrome. It works with special education programs in Israeli high schools, going beyond basic education to include life and independent learning skills. Their initial military positions begin as volunteers, but many then become paid soldiers.

Yossi Kahana describes Special in Uniform’s outcome as follows:
One of our commanders told me that when she has a regular soldier who's a problem —who wants to go home or is not coming in on time — she matches this soldier with one of ours, and she sees an incredible increase in morale. Now that soldier has a responsibility to someone who has a disability and feels ashamed to run home when these guys are trying so hard. Hopefully, our soldiers' interactions with soldiers with special needs will lead to more tolerance and acceptance in the real world.

In the short run, this program is making our soldiers more sensitive and tolerant to people who are a little different then they. In the long run, we increase the value of the army because no army in the world is accepting people with special needs and disabilities. Our soldiers are helping to build this army and they are sharing the same dining room, eating lunch together, and accepting our soldiers with special needs as part of them. It's a big change. We hope that, in the future, every base in the country that has jobs will accept people with special needs. It will be huge...If we look at the big picture, if you serve in the army, many doors are open to you. That's true for regular people and it's even truer for people with special needs who have difficulty getting a job in the community and being part of society. For them, the army is a golden gate to the community. (quoted in Kinross article cited above.)

For a personal view of the impact of Special in Uniform on the lives of its participants, as well as its impact on the IDF and Israeli society in general, visit www.youtube.com and type Special in Uniform Israel in the search bar.