What's Wrong With Him? 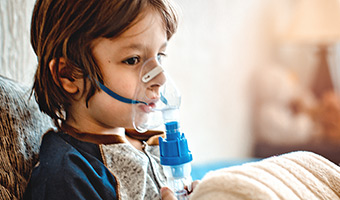 Since he was an infant, six-year-old Benjamin had frequently battled lung infections. By the time he was two years old, he was diagnosed with asthma. Was a food allergy the cause? Benjamin’s parents had him tested, and he was found to be allergic to dairy and a few other foods. When these were eliminated from his diet, his asthma symptoms subsided.

But when Benjamin was four, he experienced new symptoms, such as intensely itchy rashes. When he was six, one evening after returning from synagogue he began having trouble breathing again. Shortly thereafter, he went into anaphylactic shock. What was wrong with him?

Read the full story in Reader’s Digest and learn how Hadassah Medical Organization specialists solved the mystery and found an out-of-the-box solution to Benjamin’s suffering.