Detective for the World’s Most Mysterious Diseases

A previously unrecognized genetic mutation causing a rare and devastating pediatric neurological disease – which has puzzled doctors around the world for years – was recently identified by Hadassah Medical Organization researchers in Israel. In this incredible segment, Professor Orly Elpeleg, discusses life as a gene detective and what it took to find this genetic mutation that was devastating families around the globe. 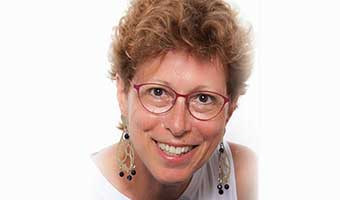 Orly Elpeleg is Professor of Pediatrics, Head Department of Genetic and Metabolic Diseases at Hadassah Hospital. She specializes in inborn errors of metabolism, autosomal-recessive disorders, and mitochondrial respiratory chain defects. She graduated the Medical School in the Hebrew U. Jerusalem in 1981 and completed pediatric residency in 1988. Her main research interest was metabolic disorders especially mitochondrial respiratory chain defects. She has extensive national and international collaborations, coauthoring over 140 peer-reviewed articles and is currently supported by DFG, AFM, and the Israeli Ministry of health.

Melanie Cole (Host):  A previous unrecognized genetic mutation causing a rare, and devastating pediatric neurological disease, which has puzzled doctors around the world for years, was recently identified by Hadassah Medical Organization researchers in Israel.  Today, we're speaking with Professor Orly Elpeleg on her life as a gene detective on this episode of Hadassah On Call.  My guest today, is Professor Orly Elpeleg.  She's a Professor of Pediatrics, Head of the Department of Genetics, at Hadassah Medical Organization, in Jerusalem, Israel.  Welcome to the show, Professor.  Are you really a gene detective?  Tell us a little bit about your background, and how did you get into this fascinating specialty?

Professor Orly Elpeleg (Guest):  Hi, thanks for having me.  Well, in fact, I'm a pediatrician that got frustrated by not knowing what's wrong with some of our patients.  That has been a lifelong agenda for me.  Whenever others were treating infectious diseases, I was attracted to patients that no one knew what's wrong with them, kids that were either born with some abnormalities or developed them in the early years of their childhood.  At first, we were trying to use biochemical tools, and recently, we started using genetic tools to decipher – to solve this enigma.  I'm not sure I can explain any further, this urge that would keep you awake throughout the night, to try and read the patient's DNA in order to see where is the mistake – where is the error?  What is the – who is the murderer?  Who is the one that kills this child's health?

Melanie:  Wow, so as these things kept you up at night -- you went into this specialty, how did you discover this rare gene?  Tell us about this disease that has no name that we're discussing today.

Prof. Elpeleg:  It always starts with a single patient that comes into the clinic and the parents are telling me that they have been all over the place and no one could tell them what's wrong, and the child is deteriorating.  This is nearly always the beginning.  Recently, we were able to institute really advanced technology to read the patient DNA -- at least the coding parts, the exons --   we are able to read it routinely.  We have done so since 2010, and I think we were one of the first centers in the world to employ this technology.  We are reading it like a book, trying to find where is the mistake.

We have done that to the first girl that we saw here in Israel.  This was a child that was completely normal up to the age of three, and then she started regressing.  She has lost gradually her ambulation; she could not walk, she could not draw and use the pencil as before. she lost her self-care skills that she had and needed help throughout all of her daily activities.  She had experienced feeding difficulties, and so – and she lost her speech, which was most devastating for the family – and became very unstable while walking and eventually stopped walking.  This is like seeing a child losing milestones instead of acquiring them.  It's really very tragic.  It's a very sad disease.  We have identified in this girl, a change in the DNA that we haven't seen before, and neither did we find it in any large databases of healthy individuals – their DNA.

There is a software nowadays, which is called Gene Matcher, which is like the person who makes decisions, but it tries to find a match among other centers that may have the same genetic variant.  We have mounted our variant, our patient's variant into it, and within a few minutes, we had I think five or six more patients that were diagnosed with the same variant worldwide in Canada, in France, in the States in two centers.  All of them experienced the same clinical course with a completely normal period which lasted up to three to four years, sometimes even up to seven.  And then, invariably, all of the patients regressed.

We had a single genetic mistake causing – or associated with the same clinical course in altogether seven patients.  And then we were trying to understand what went wrong, why this change is causing the disease?  We collaborated with a group in Philadelphia, and they had a lab which could actually model the same change, and they have checked our patients' cells and identified that there is a problem with the ribosome – this part of the cell, which translates the DNA – the RNA into protein.  By that, we decided to publish it because we saw that there may be more patients out there that are not part of the Gene Matcher program and would still be important for them to know that this is a disease, and this is the genetic defect.  Indeed, nearly every month we hear about another patient in the world that has the same variant and with the same course.

Now, in all the cases, this is not inherited.  I mean all the parents do not have this variant, so it occurs de novo.  It occurs new only in the patient, so for the families, it's in a way a good message that they can have more children without having to be worried about a recurrence.  For the patients, it's important that two have identified this change because now it opens perhaps the way for designing therapy for the long run.

Melanie:  So, that would have been my next question as there are other researchers and doctors around the world collaborating with you as they come up with patients with this similar variant.  First of all, will you be giving this a name, and do you think that this discovery is going to enhance treatment options?

Prof. Elpeleg:  Well, I know that the NIH has already supported a research project of this gene without even knowing there are so many patients out there.  That was the wonderful thing to learn.  The DNA match already recognized it – there is an issue with this gene.  I believe that the solution for these patients may come from suppressing the mutated alleles.  You see all these patients; they have one normal gene and one abnormal mutant gene, and the trouble is the mutant.  If you suppress the mutant and leave the patient on 50% of the normal gene, it would be sufficient for health – for a normal lifespan and normal life progress.  You don't actually need to correct; you can simply suppress.

The question is whether it would help doing it at this early stage – at this late stage, sorry – because all of the patients are in their late teens or even older.  But basically yes, this should be able to help these patients.  The fact that this is now a group, I think this is very helpful because you are not dealing here with a single case, but this is a serious issue.  These are multiple cases.

Melanie:  So Professor, when other doctors from around the world call you for advice on suppressing this gene or dealing with treatment options, what do you tell them?  And then give us a little – what are you doing in the future?  What are you doing on the horizon for this and other unnamed diseases?

Prof. Elpeleg:  Myself, I'm a very small part of this huge arena of – I think that my part is to name the defect.  It would be people that are dealing with gene therapy, with genome anything, people that are able to really manipulate the human DNA that would come into play in trying to help.  Basically, it's not something that's done in my lab.  We limit ourselves to the identification of the genetic defect.  I think of myself as a very humble doctor that annotates the human DNA to tell people what's wrong.

In 2003, when the Human Genome Project was first announced, it was clear that for about 50% of the genes, we have no idea what they're doing, so my patients are in a way telling the world – telling science what's the importance of any certain gene.  It would be then for others that are specializing in genome editing, in genome therapy to come up with solutions, but as I said, generating a group of patients and defining them, I think it's a great help.

Melanie:  Well, it certainly is.  And where do you see the world of genetics going in the future?  What do you see happening?  What are you doing that's really exciting right now?

Prof. Elpeleg:  Well, I think that our mission right now is to move from reading only the coding parts of the DNA to reading the entire DNA.  It's about reading 50 times more volume of genetic material than we did before for every patient, and that's our next goal saying to move from exon to genome.  We should try and start out there.  I believe that for every patient this would be the standard of care in the future and even prenatally, so during pregnancy they would be – or even for people that are undergoing in-vitro fertilization.  It would be a standard of care to read the entire DNA before continuing.  We should probably stop at this point because others that as I said, are specializing in genome editing and gene therapy, they would take over and try and correct the defect, but they would need us to first, link the clinical findings with the patient's DNA finding and then to corroborate – to validate the finding and giving it to them with its proper name.

Melanie:  Thank you so much Professor Elpeleg, for being with us today.  It's absolutely fascinating work that you're doing.  Thank you so much, for joining us.  This is Hadassah On Call, New Frontiers in Medicine, brought to you by Hadassah, The Women's Zionist Organization of America.  The largest Jewish organization in America, Hadassah enhances the health of people worldwide through medical education, care, and research innovations at the Hadassah Medical Organization. For more information on the latest advances in medicine please visit Hadassah.org, and to hear more episodes in this podcast series, please visit Hadassah.org/podcasts, that's Haddasah.org/podcasts. I'm Melanie Cole.  Thanks so much,h for listening.

We'd love to know your thoughts, questions, and stories! Send us an email anytime at marketing@hadassah.org.