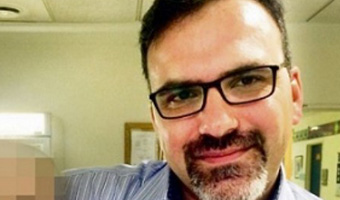 When a baby fell in the synagogue and began to convulse as she suffered from intracranial bleeding, her father, an ambulance driver, along with a friend who is a paramedic, sedated, ventilated, and rushed her to Hadassah Hospital Ein Kerem.

The nightmare scenario of every parent: the baby falls out of their hands. This was the experience of Jerusalem resident Chavi, who had taken her seven-month-old daughter, Ayala Shira, to the synagogue for the Rosh Hashanah (Jewish New Year) holiday.

“I never dreamed in my wildest dreams that I would use my own ambulance to rush my youngest daughter to the hospital,” the father said.

When they arrived at Hadassah, the baby was taken to the neurosurgical intensive care Unit, where urgent surgery was performed to open her skull and drain the blood.

“There is no doubt that the first aid the child received, combined with anesthesia done while in the ambulance, reduced the damage significantly and greatly eased the work of the medical team,” reported Pediatric Neurosurgeon Dr. Shweiki Moatasim. The baby’s recovery was impressive, and she was released with no neurological damage.