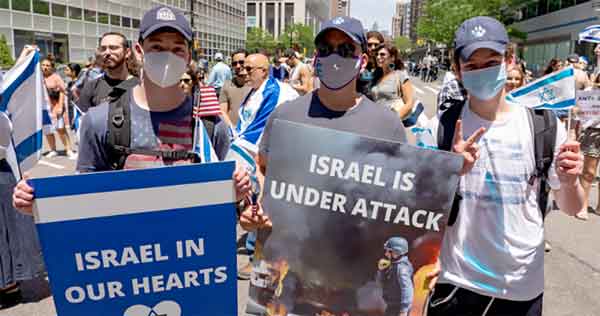 Though antisemitism on campuses continues to come from right-wing groups in the form of swastikas and defacing of Jewish spaces, said Lewin, much of it emerges as a form of left-wing progressive activism.

Last April, a Brandeis Center-commissioned poll of 1,000 members of the predominantly Jewish fraternity and sorority Alpha Epsilon Pi and Phi reported that two-thirds of respondents experienced or were familiar with an antisemitic attack—either verbal or physical threats and assaults, on campus or in virtual settings—over the previous four months. More than 65 percent of those surveyed in that poll by the Cohen Research Group said they felt unsafe on campus due to physical or verbal attacks, and half felt the need to hide their Jewish identities.

Read more to learn how young Jews are battling antisemitism on campus.