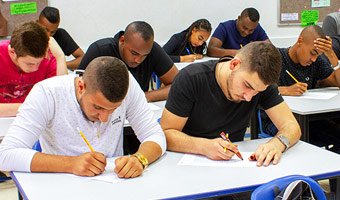 This post appeared on a Facebook page called Ha Malachim (the Angels) dedicated to inspirational stories. A young mother writes, I entered the Jerusalem supermarket with my 3-year-old daughter yesterday, and, when I arrived at the checkout, the total amount owed was 340 shekels [about $100], an amount I cannot afford during this period. I asked the cashier to remove some of the items. Then a man took out his wallet and paid for my entire purchase. I was left speechless and waited for him outside the supermarket to thank him and begged for his mobile number so I could contact him and return his money. He insisted that it was not necessary and told me, “Let me do something good, and I wish you only good health.” It did not end there. When I got home I discovered that he had put 100 shekels [about $29] in one of my shopping bags. It’s not easy for any of us during this period, and I am hoping that this post will reach him with thousands of thanks.

The young man whom the grateful mom described and photographed turned out to be the Meir Shfeya Youth Aliyah Village graduate Shlomo Tasfo. As Lauren Kedem, HWZOA liaison and former English teacher at Meir Shfeya, says, “While at Shfeya Shlomo turned his life around and overcame many difficulties. I can think of no greater measure of success than the kindness and generosity he demonstrated in this story. He came to Shfeya in the 9th grade. He was uncooperative, disruptive, hostile. He had no motivation or confidence. He would storm out of class. And then something happened. He started studying and, eventually, he participated in the student leadership program and became a mentor for other students.” A true Shfeya hero!

And More About Youth Aliyah: Teens Who Can’t Go Home for the Summer
From its origins in 1934 rescuing children from Nazi Germany to today, Youth Aliyah has had nearly 90 years of experience saving Jewish children. Today, many of the teens at the Youth Aliyah villages Hadassah-Neurim and Meir Shfeya have come from the former Soviet republics to study in Israel. They thought they would be going home to see their families this summer.

COVID-19 changed their plans. Currently, there are 50 students at Hadassah-Neurim and 70 at Meir Shfeya remaining on campus. Most of those who completed 12th grade are getting ready to go into the army. They're improving their Hebrew with classes, helping out in the fields and on the grounds, and at Hadassah-Neurim training dogs in the dog kennel.

One unexpected bonus is having the campus swimming pools to themselves. The sleepaway camps that usually make use of the campuses in the summer and help defray village costs haven’t been able to come. At Meir Shfeya, the teens continue to prepare and deliver meals every two weeks to approximately 20 families of students who are in need of help. Helping others becomes a lifelong habit, as we see above.