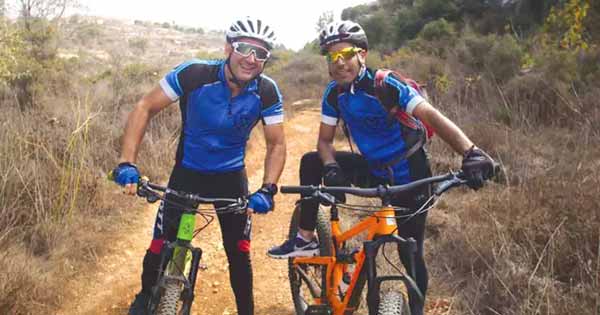 Translated and excerpted from a December 1, 2021, Hebrew article by Eliav Batito in Maariv

About a year ago, Oshri Bokobza, a 43-year-old father of two, started having headaches and pain in his eyes. He felt as if his body was leaning to the left. The symptoms alerted him that something was wrong, especially when they dragged on for many days.

Bokobza worked in Hadassah Hospital Ein Kerem’s medical records department. A professional drummer, he taught drumming, too. And he was riding his bicycle off-road every day. "I just felt like something was going wrong in my body. I couldn’t do these activities as I normally had."

Bokobza decided to go to Hadassah's emergency room. Following a number of diagnostic tests, he learned that he had a benign tumor in his brainstem. Dr. Samuel Moscovici, the Hadassah neurosurgeon who treated Bokobza, relates, "The tumor needed to be operated on very quickly because it was putting pressure on his cerebellum."

It was hard for Bokobza to absorb that the Saturday before he entered the hospital he was climbing mountains, and then suddenly, three days later, he was in the operating room. Bokobza adds, "Dr. Moscovici and I discovered that we have a lot of common interests, including off-road cycling. We even decided to ride together when I recovered and got permission to return to the sport I love."

Sure enough, following his treatment and long rehabilitation, Bokobza went cycling with his surgeon. He says, "I didn’t think I would ever return to riding, but Dr. Moscovici simply prodded me to make it possible."