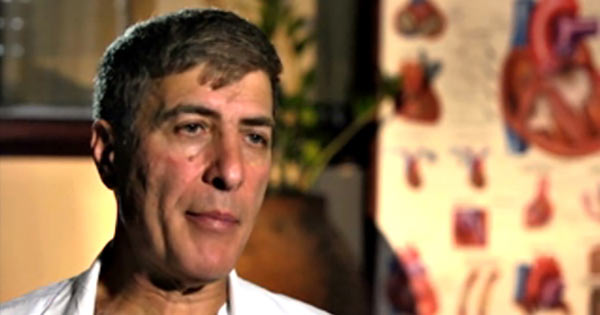 Have you ever been worried when speaking to loved ones over the phone that something in their voice just doesn’t sound right?

What if a device, more sensitive than the human ear, could diagnose congestive heart failure (CHF)? The Hadassah Medical Organization’s Prof. of Interventional Cardiology Chaim Lotan has developed a unique smartphone app that can do that by evaluating subtle changes in voice quality, which indicate the buildup of fluid in the lungs.

With more than six million Americans suffering from heart failure, the device, Cordio HearO,  developed through Cordio Medical, an Israeli biotechnology company established by Prof. Lotan seven years ago, is headed for fast-track approval by the Food and Drug Administration.

Heart failure means that a person’s heart can't pump sufficient blood and oxygen to support the other organs. It's an early warning system. “Heart-failure lungs,” for example, sound lower in pitch. The sound is similar to two pieces of Velcro being separated. “In the same way the sound of a glass alters as we fill it with water, so do does our vocal pitch change as our lungs fill with fluid,” Prof. Lotan explains. Changes in the long e sound, as in the word “coffee,” for example, are a giveaway that something is probably wrong. “But in the early stages of heart failure,” he says, ”these changes aren't detectable by the human ear.”

“The smartphone app, as explained on Cordio Medical’s website, is backed by sophisticated and proprietary algorithms, allowing near real-time monitoring and early detection of condition deterioration.” With Cordio HearO detecting a problem early, the physician can, for example, adjust medication dosages before their patients’ oxygen level gets low and they begin to have difficulty breathing. As Prof. Offer Amir, director of Hadassah’s Heart Institute, told Forbes magazine, “As more speech samples are obtained, the model becomes increasingly sensitive to changes.”

Prof. Amir, in collaboration with Prof. Lotan, conducted a study of 40 patients with CHF who were admitted to Hadassah Hospital Ein Kerem. Each patient recorded five sentences into a Cordio HearO-equipped standard smartphone upon admission and then again just prior to discharge, after clinical improvement was achieved. The study revealed that there were subtle differences in phonation in congested vs. non congested patients.

Cordio HearO can be used to monitor patients with CHF in the home setting. After health care providers prescribe the app, patients download it to their smartphone. While they feel well, they record their voices to provide a baseline. As Prof. Lotan explains, sophisticated speech algorithms and advanced artificial intelligence then detect changes from that baseline. “We realized, he relates, “that when there is an increase of fluid in the lungs, we can detect those changes more than 10 days before the appearance of clinical symptoms.”

Prof. Lotan adds, “In the near future, we will be able to send an alert to the patient and his physician and facilitate a change in the patient’s medication.” Putting the innovation in perspective, Prof. Lotan notes, “What we’ve done here is really the essence of Hadassah. This is not research for the sake of research but rather something that provides a medical solution and personalized medicine.”