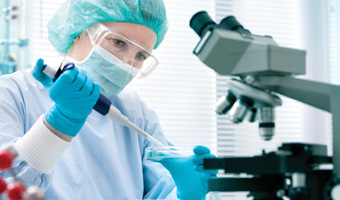 Debunking myths about women and heart health and raising awareness about gender differences in heart disease were key goals at the sold-out Gender Medicine Conference, sponsored by Hadassah Israel at the end of November.

Led by Hadassah Israel President Rachel Oren, the conference was held in partnership with the City of Ranaana, comprising more than 70,000 residents in the center of Israel. Ranaana Mayor Zeev Bielsky, who greeted the participants, conveyed his hope that the Conference would mark "a new road of cooperation, particularly in preventive medicine between Hadassah and his city."

Prof. Yoram Weiss, Medical Director of Hadassah Hospital Ein Kerem, brought greetings from the Hadassah Medical Organization to the 350 attendees and expressed his pleasure that Hadassah was returning to its roots of community medicine. Hadassah’s Linda Joy Pollin Cardiovascular Wellness Center for Women, renowned for its outreach to local communities, played a major role in the Conference.

Keynoter Noa Vilchinsky, PhD, head of the psycho-cardiology research laboratory at Bar Ilan University, noted that she hoped future conferences would include men so they would become better informed about women’s health issues. During her presentation, Dr. Vilchinsky highlighted the importance of recognizing the mind-body connection as it relates to heart health in women and reported that women have more emotional and behavioral risk factors that affect heart health.

Women are the majority of those with lower socioeconomic status, Dr. Vilchinsky explained. Despite the fact that those with lower economic status should be monitored more aggressively for heart disease risks, she said, the reality is that just the opposite occurs. The myth of women not being prone to heart disease, Dr. Vilchinsky brought out, continues to play a role in lack of proper care.

Further, when women are diagnosed with heart disease, despite the fact that they benefit from cardiac rehabilitation as much as men do, they participate less. In fact, they are referred for rehabilitation less.

In terms of psychological factors affecting heart health, Dr. Vilchinsky reported also that loneliness is a significant factor. As she explained, because women get heart problems later in life than men, they are more likely to have lost their support systems.

In addition, Dr. Vilchinsky said, happiness in marriage has a huge impact on long life. According to a 15-year longitudinal survey, 85 percent of happily married women are alive, but only 26 percent of those who were unhappily married. By the same token, research shows that marital stress is the most important predictor of poor diagnosis for women with heart disease.

And what about the women who are the caregivers for a spouse with heart disease? "There's a secret woman in need out there,” Dr. Vilchinky relates. “She takes on all the household chores, patient management, and emotional support, but herself suffers from depression and post-traumatic stress. We have to raise consciousness about her emotional needs."

In her presentation, Dr. Donna Zfat-Zwas, Director of the Pollin Center, reported that the most common form of heart disease in women is hereditary, in which fats accumulate and exert pressure on blood vessels which, in return, result in clots that break off and cause damage. While 70 percent of women have the same warnings about a heart attack as men—such as the feeling that an elephant is sitting on your chest, with pain on the left side—women wave away their symptoms, Dr. Zfat-Zwas related. By the same token, she noted, sometimes women experience different symptoms, such as pain on the right side or in their neck or teeth. A woman will possibly feel she is atypically weak and “just not herself,” struggling to take a deep breath or carry out her daily activities.

Dr. Zfat-Zwas also emphasized that 80 percent of heart attacks can be prevented—with the right preventive health care. As she expressed, “Sitting is today’s smoking.” Well-known factors, such as lack of exercise, high cholesterol, high blood pressure, obesity, and diabetes are all risk factors. In all sectors of Israeli society except among the ultra-religious, she said, men get more exercise than women. “We need to aim for fitness, not thinness.”

Dr. Zfat-Zwas added: Although 150 minutes a week is the recommended goal for amount of exercise, even ten minutes a day does something. Never use the excuse, “I only have 10 minutes,” she cautioned.

Prof. Drorit Hochner, head of the Department of Obstetrics and Gynecology at Hadassah Hospital Mount Scopus, focused her presentation on the third of women’s lives following menopause and the medical community’s controversial attitudes about women taking hormones to deal with the fact that “estrogen has been turned off.” While hormone replacement was very popular in the 1960s, she said, the discovery that the therapy caused a much higher rate of endometrial cancer stopped women from taking hormones. There was also a theory that progesterone would help prevent cardiac disease, Prof. Hochner said, but the large Women’s Health Initiative study of 2002 showed just the opposite: it increased the prevalence of heart disease.

Prof. Hochner also discussed the issue of decreasing bone density following menopause and noted that there are beneficial medicines a woman can take to prevent osteoporosis. In terms of urinary/  gynecological issues, she recommended that hormones can be given locally for gynecological problems since they don’t have negative side effects or affect other parts of the body.

Hadassah Clinical Pharmacist Bruria Rokach reported that women are less likely to follow instructions about taking medicine, even though they take more medications. Further, she said, women have more adverse drug reactions than men and are often not aware of the research which shows that certain preventative drugs, such as statins, haven’t really been clearly proven to benefit women.

She also brought out that women are still underrepresented in clinical studies of drugs, although the situation is improving with the insistence of the United States Food and Drug Administration that women be included.

Read in Hadassah Magazine about the Coalition for Women’s Health Equity that HWZOA launched in the United States to address gender disparities in health care.