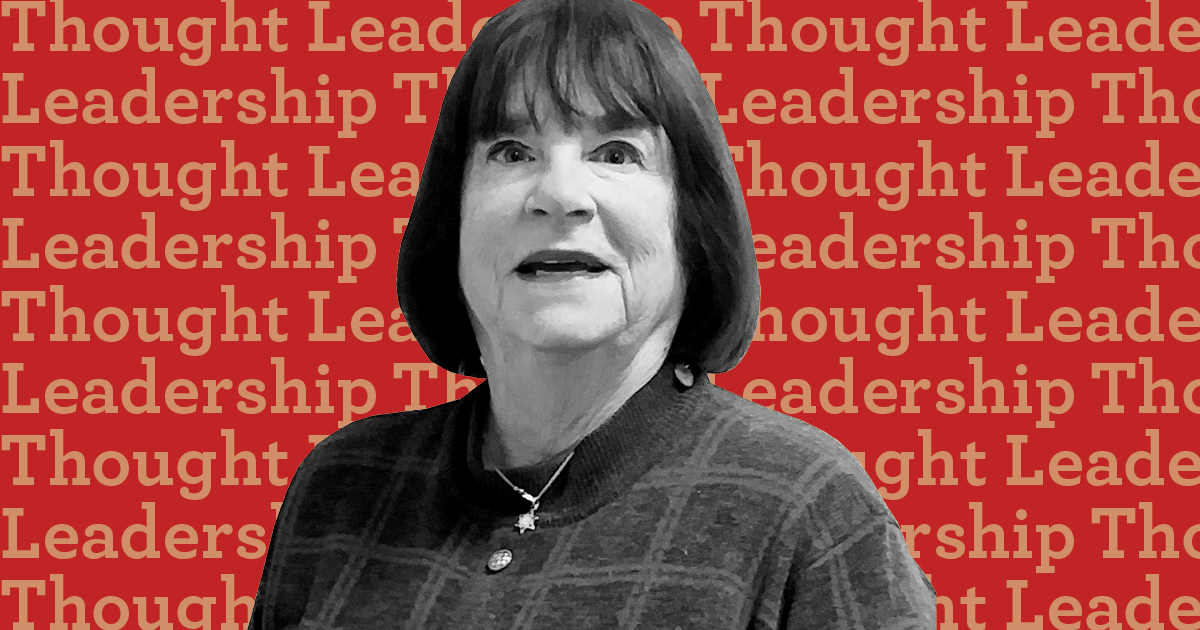 “Just as we stand up for tolerance and peace, Hadassah is leading a push right now to stamp out seeds of hate being sown among the youngest Palestinians.”

Hadassah always has and always will passionately support Israel. And often, this manifests in joy, as it did earlier this month as we came online together to celebrate Israel's 73rd anniversary. I'm proud that every day, our hospitals in Israel and our Youth Aliyah villages serve as models of shared society — with our health programs serving all, including many who come from beyond Israel's borders.

Back in 1937, Hadassah founder Henrietta Szold gave a speech at a Hadassah National Convention in Atlantic City. Since I came across these words, they've deeply resonated with me: "The Arab-Jewish relation is the acid test of the Zionist movement." Speaking about the possibility of the creation of a sovereign Jewish state, she spoke passionately: "Such a result makes the search for the road to mutual understanding between Jew and Arab doubly imperative.... It leaves the Arab question, so far as we Jews are concerned, where it was, with all its ethical implications — ethical implications which go to the heart of our Jewish being, which is the product of our origins, our fates, our ideals."

But we'd be living with our heads in the Israeli desert sand if we ignored the realities on the ground — especially in the face of rising antisemitism around the world.

Just as we stand up for tolerance and peace, Hadassah is leading a push right now to stamp out seeds of hate being sown among the youngest Palestinians.

More than 533,000 children are educated in schools operated by the United Nations Relief and Works Agency for Palestine Refugees in the Near East (UNRWA), using a curriculum created by the Palestinian National Authority (PA).

Located in the West Bank, the Gaza Strip, East Jerusalem, Lebanon, Jordan and Syria, these UNRWA schools are supposed to operate in accordance with the "values and principles of the UN, such as neutrality, human rights, tolerance, equality and non-discrimination regarding race, gender, language and religion," according to the UNRWA website, which says it has "zero tolerance" for antisemitism and "condemns in the strongest terms all forms of racism and bias."

Yet this commitment and zero-tolerance approach is only meaningful if it is enforced rigorously enough. Regular violations in these PA textbooks are common. An in-depth January 2021 report by the Institute for Monitoring Peace and Cultural Tolerance in School Education (IMPACT-se) found the systematic insertion of violence, martyrdom and jihad across all grades and subjects with the proliferation of extreme nationalism and Islamist ideologies throughout the curriculum. Many reject the possibility of peace.

We all know how powerful words can be — and how dangerous misinformation can be. Especially when it comes to what we teach our children. These lessons and perceptions will stay with them into adulthood.

At Hadassah, of course, we’ve been compelled to act. Nationally, we've been playing a leadership role on this issue since last year.

We've worked alongside the ADL and IMPACT-se to bring more than a dozen pro-Israel and Jewish organizations to endorse a letter to UN Secretary-General António Guterres, urging him to step up efforts to ensure that UN-run schools uphold UN values.

The textbook issue is coming to a head, following the State Department's April 8 announcement that the US will restore funding to UNRWA, with $150 million allocated to education. Our efforts have helped build awareness around this issue, generating headlines in the US and in Israel, including  in The Hill and The Jerusalem Post.

"Peace in the Middle East is a strategic and moral imperative of both the United States and the United Nations," the letter says, stressing the importance of "teaching peace and tolerance."     Hadassah members around the country are writing to Congress to ask their senators and representatives to sign onto the letter to the UN Secretary-General. We're also supporting bipartisan legislation that will require that the US review the educational materials used by the Palestinian Authority.

The United Kingdom's Secretary of State for Foreign, Commonwealth and Development Affairs, for example, met with Canadian and Australian authorities to affirm their commitment to ensuring that materials provided to Palestinian children remain in line with UN values and promote peace.

At a time when efforts to delegitimize Israel are gaining ground, we must speak out to make sure today's schoolchildren aren't taught that jihadists are martyrs and instead learn that peace is possible.