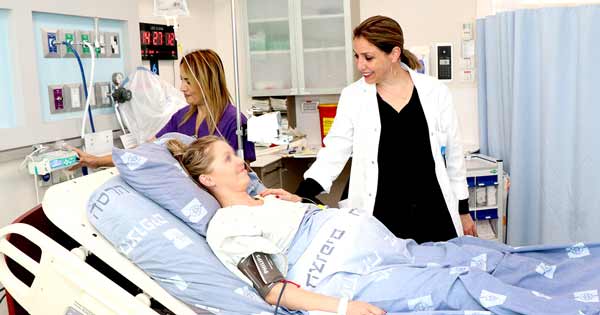 The worldwide rate of giving birth to twins is at an all-time high. Does every double blessing mean a cesarean section for a safe birth? No, says Prof. Anat Walfisch, head of Obstetrics and Gynecology at Hadassah Mount Scopus.

The high rate of cesarean sections in the world is a cause of concern to the World Health Organization. In countries like Mexico and South Korea, half the births are by c-section and in the US about a third. Israel at 15 percent has the lowest percentage of the 38 member countries in the Organization for Economic Co-operation and Development. That number, though, could be lowered further, given the findings of a Hadassah Medical Organization study of single versus twin deliveries.

Labor progress is typically charted on a curve. When a woman’s progress in labor begins to diverge from this curve, concerns about delivering the baby naturally arise. In the Hadassah study, the authors conclude that twin labors may have a different labor curve and should be judged against each other, not by singleton standards of normal.

In the study, Prof. Walfisch and her team found that labor is usually slower with twins, and epidural analgesia further slows the labor progression. These factors, they say, might be misinterpreted by clinicians as there being something wrong with the labor, causing them to opt for a cesarean section. In addition, the dilation and pushing phases are slower for twins, possibly leading the clinician to intervene unnecessarily.

The authors conclude that taking these study findings into consideration “might lower cesarean delivery rates among cases with protracted labor in twin gestations.”

The study findings were published in The American Journal of Obstetrics and Gynecology.