Marking a Milestone: The World Zionist Congress at 125 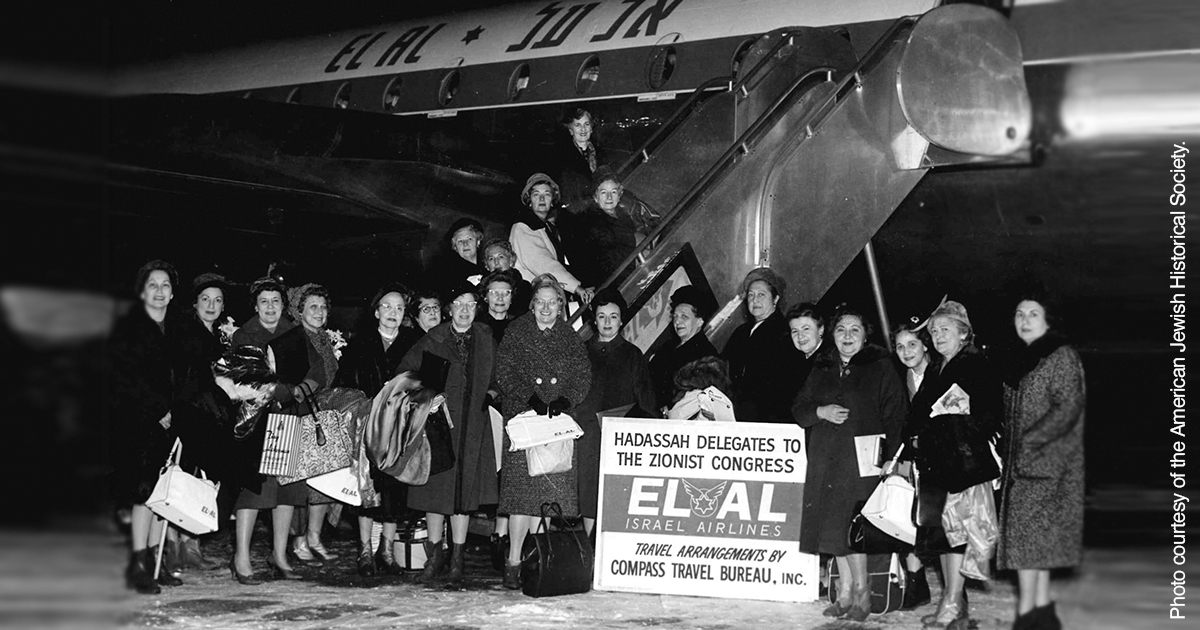 ‍
A Celebration of Resilience and Vision‍

The World Zionist Congress has always stood as a celebration of the resilience and strength of the Jewish people. Its ongoing commitment to diversifying its voting body with voters of all genders and ages speaks to how far the WZC has come, and how it will continue to grow in both scope and significance for the next 125 years and beyond.

One of the most celebrated and important moments during the First World Congress came from Theodor Herzl when he wrote in his diary: "Were I to sum up the Basel Congress in a word - which I shall guard against pronouncing publicly — it would be this: At Basel I founded the Jewish State." Honoring Herzl and his dream of a Zionist homeland is a long-standing tradition.

That session featured 208 delegates, and although 17 women attended, they were not allowed to serve as delegates. Women were given full membership status rights at the Second Zionist Congress, held the following year, during which a national flag was adopted. A quotation from the program of that first Congress feels especially prescient today: "Zionism seeks for the Jewish people a publicly recognized legally secured homeland in Palestine."
For the Fifth Zionist Congress, the Jewish National Fund was founded for the purchase of land in the Land of Israel. Later, the Zionist Commission was founded with subsidiary societies for the study and improvement of the social and economic conditions of Jews within the Land of Israel.
The 23rd Zionist Congress, held in Jerusalem in 1951, was the first Congress after the establishment of the State of Israel and the first in Jerusalem, which would become the norm. Delegates visited the grave of Theodor Herzl, whose remains had been moved from Vienna and reburied on the top of what has since been renamed Mount Herzl.

This Congress represents the entire political and religious spectrum of the Zionist movement. Approximately 42 percent of delegates represent Zionist World Unions and are elected through Zionist federations in over 30 countries, making the World Zionist Congress by far the largest and most widespread democratic exercise in the Jewish world today.
Together, the delegates and the bodies they form at the Congress determine the leadership and influence the policies of Israel’s National Institutions, including the World Zionist Organization and the Jewish Agency for Israel.
During every Congress the delegates vote on resolutions. In 2021 delegates voted in favor of resolutions designed to advance youth Zionist education and combat anti-Zionism on college campuses.

‍Voting and Delegates: How the WZC Works

So, how are WZC delegates chosen and who gets to vote? Delegates, running on slates, must be elected. In 2020 fifteen slates -- consisting of religious, pluralistic, secular, political and apolitical groups -- ran. Slates can grow and change affiliates from one congress to the next but must follow basic guidelines, including that each slate must be Zionist and abide by the rules of the Jerusalem Program, WZO Constitution and AZM Constitution, and pay $2500. Organizations can have as many slates as they want, and organizations may team up. Any Jew over 18 who is a permanent resident of the United States and did not vote in Israel’s Knesset elections is eligible to vote.

In advance of voting held in 2020, WZO, an umbrella group that promotes Zionism through Israel education and that includes Hadassah, among other prominent bodies, enacted two new rules: 30 percent of delegates must be women and 25 percent must be between the ages of 18 and 35. In 2020, there were 773 female delegates which accounted for 42 percent of total American delegates, 560 between ages 18 and 35.‍

The main business of each congress, which now sits roughly every five years, is to distribute nearly $1 billion annually to support Zionist education, mostly enacted by the World Zionist Organization, Keren Kayemet Leisrael-Jewish National Fund and the Jewish Agency for Israel.

When Theodor Herzl spoke of the founding of a Zionist homeland at the first World Zionist Congress, it was just a dream, an ambition. Twenty-three Congresses and 54 years later, the State of Israel was founded. The World Zionist Congress (WZC) has become a testament to the realization and continuance of that dream.

We hope you will join us in celebrating this historic milestone.

Read Rhoda Smolow's "A Celebration of Love: The Power of Women for Israel."