A Celebration of Love: The Power of Women for Israel 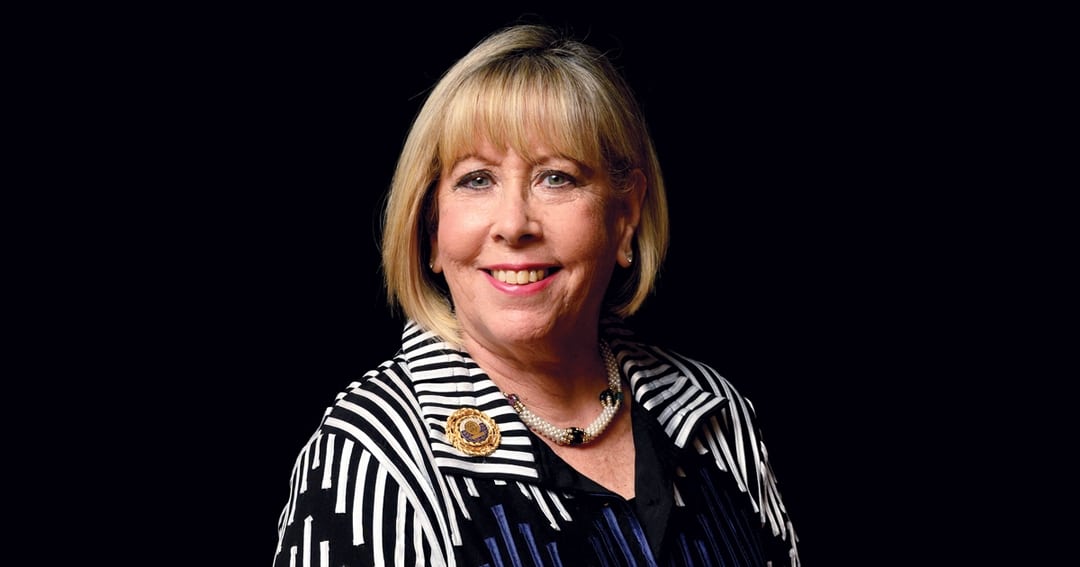 I was in Israel this Thursday evening as Tu B'Av began, getting ready to fly back home. This holiday, often called "Jewish Valentine’s Day," has made a resurgence, with hearts on display far and wide. It seemed fitting that on this day of love, my own heart was swelling, as it does when I'm in Israel. Never more so than when I'm representing Hadassah’s 300,000 members, Associates and supporters.

I've brought back with me the gratitude and respect of our Hadassah family in Israel and an even stronger commitment to our shared vision of healing. That vision is the one I’ll bring with me to the 125th anniversary celebration of the First Zionist Congress in Basel, Switzerland. There, I'll be joined by Hadassah leaders from the United States, Hadassah International — and supporters of Israel from around the world. I'm so grateful we’ll be marking this milestone in person — in 2020, I was honored to deliver opening remarks at the Congress, but that was on Zoom.

Let me share some broad strokes of history. At the First Zionist Congress in August 1897, the World Zionist Organization (WZO) was founded with Theodor Herzl at its helm, creating an umbrella organization for the Zionist movement and setting out its overarching goal, to establish "for the Jewish people a publicly and legally assured home in Palestine."

While Hadassah's legendary founder, Henrietta Szold, did not attend that first Congress, she had already begun rallying American support around Zionism, including first in her 1896 speech, "A Century of Jewish Thought," which preceded Theodor Herzl's "The Jewish State (Der Judenstaat)" by a month, and then as a member of the Federation of American Zionists, founded in 1897.

Over the years, the World Zionist Congress would help create many of the institutions and much of the infrastructure for what would become at first a fledgling — then a strong — Jewish state. And Hadassah, founded in 1912, had an integral role to play — one we continue to play. I'm proud to sit in on the World Zionist Organization's Executive Committee, and that Hadassah has six seats on the WZO's General Council (Vaad Hapoel) and 32 delegates to the Congress.

In 1918, Hadassah established the American Zionist Medical Unit (AZMU), laying the groundwork for Israel's health and welfare programs. By 1927, Henrietta had been elected one of the three members of the Palestine Executive Committee of the World Zionist Organization, the only woman. Her charge? Health and education for the land. With unmatched dedication, she used her position to build on Hadassah's endeavors to bring healing to Jews and Arabs in what was then an impoverished Palestine, later providing a safe haven to children fleeing the Nazis in our Youth Aliyah villages, which to this day welcome refugees and at-risk youth.

Today, what began as the AZMU is now the Hadassah Medical Organization (HMO), and the relationship between Hadassah's hospitals in Israel and our organization in the US is making an impact around the globe. In June, my first trip back to Israel in two and half years was a pivotal moment for me as Hadassah's president, a powerful emotional moment and an extremely productive trip, strengthening what is a true partnership with my counterparts in Israel, Director General Prof. Yoram Weiss, MD, and HMO Board Chair Dalia Itzik.

On these two Israel trips this summer, I've proudly represented Hadassah, The Women's Zionist Organization of America, on behalf of our generous supporters and tireless volunteers, from thanking the medical teams who left their families behind to be part of Hadassah's Ukraine war response effort in Poland, to hanging the mezuzah at the new Jean Goldwurm Auditorium and Learning Center at the Henrietta Szold Hadassah-Hebrew University School of Nursing, to celebrating John and Pauline Gandel, their daughter Lisa Thurin and the Gandel Foundation for their transformative gift, making possible the Gandel Rehabilitation Center at Hadassah Hospital Mt. Scopus.

And this Tuesday, with Dalia Itzik, I convened an important women's healthcare panel in Tel Aviv championing women in medicine, bringing together women in the Israeli health sector and government including from the Knesset and Ministry of Health. At Hadassah we have always believed that women have an important role to play — in Israel, the US and around the world — just as we believe in Israel and our Zionist vision.

At these events and many others, women and men pulled me aside time and again to ask me to tell you how much they respect Hadassah, including at the Genesis Prize, where my amazing counterpart, Hadassah CEO Naomi Adler, and I joined hundreds of Zionist and Jewish leaders from around the world.

"Everywhere can be discerned prognostics of the fact that life in the twentieth century will not be easy to live, that it will call for high courage to face the truth, steadiness in action, steadfast opinions and unflinching purpose," Henrietta Szold said of her own times.

As we encounter the 21st century's distinct challenges, Henrietta's sentiment resonates deeply. Together, we bring the same sense of pride, passion and purpose to the work of Hadassah. And that’s the sentiment I’ll be bringing to Basel, as I proudly stand in the footsteps of Herzl and Henrietta Szold as we celebrate the 125th anniversary of the First Zionist Congress. And I hope you’ll join me this November in Israel at Hadassah’s 100th Convention, Together in Israel: Our Pride. Our Purpose. I can't wait.