One of the country’s foremost heath care leaders, Rear Admiral Susan J. Blumenthal is a passionate advocate for women’s health and a wide range of other national and international public health issues. She joins Hadassah CEO Janice Weinman to discuss her pioneering work as America’s first Deputy Assistant Secretary for Women’s Health, the health care challenges women face today and the importance of ensuring women’s health equity — a key part of Hadassah’s mission. 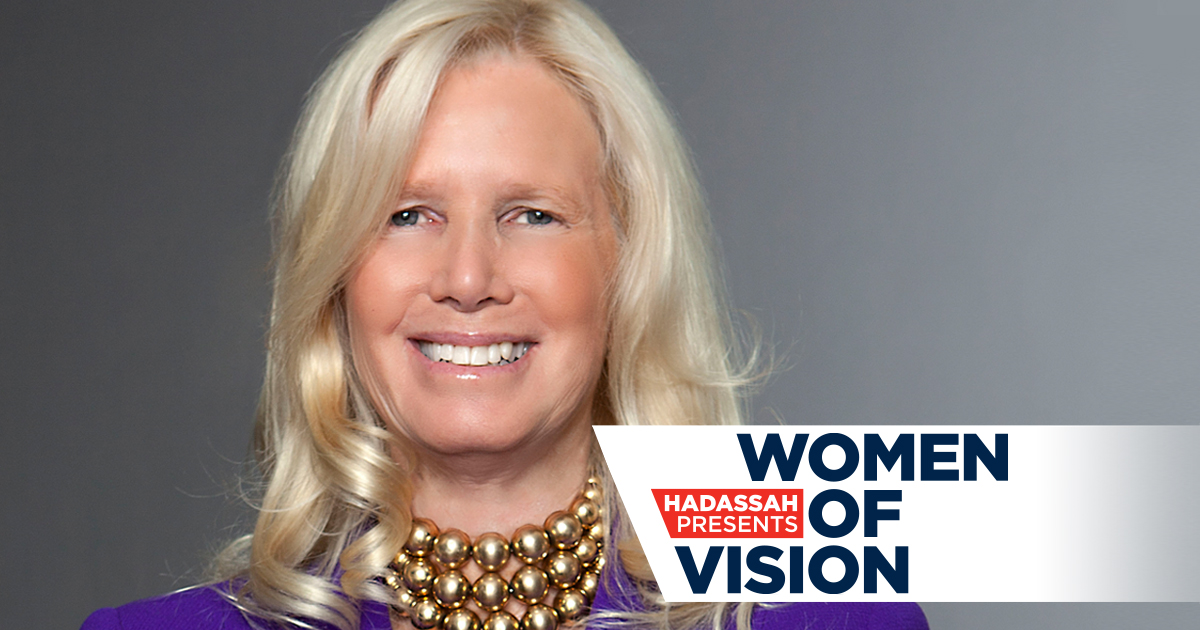 Rear Admiral Susan J. Blumenthal, MD, MPA (ret.), served as a leading US government health expert and spokesperson for more than 20 years in the administrations of four US Presidents. She was Assistant Surgeon General of the US; the first-ever Deputy Assistant Secretary for Women’s Health; senior global and e-health advisor in the US Department of Health and Human Services; Chief of the Behavioral Medicine and Basic Prevention Research Branch; Head of the Suicide Research Unit at the National Institute of Mental Health, NIH; Chair of the NIH Health and Behavior Coordinating Committee; and a White House advisor on health issues. Admiral Blumenthal is especially known for her significant leadership in exposing the inequities in women’s health and developing innovative initiatives to advance women’s health and the study of sex differences in disease in the United States and globally. She has also been a pioneer in applying technology to advance health establishing the first government health website and the Missiles to Mammograms initiative that transferred CIA, DOD and NASA imaging technology to improve breast cancer detection. She also established the National Centers of Excellence Program in Women’s Health.

Dr. Blumenthal is currently the Director of the Health Innovations Lab at New America where she is leading the BeatTheVirus.org social media campaign and resource hub that provides comprehensive information about the COVID-19 pandemic. She is also working to apply technology to modernize federal food assistance programs in which 1 out 7 Americans are enrolled. Additionally, Dr. Blumenthal serves as the Senior Medical and Policy Advisor to amfAR, The Foundation for AIDS Research. Her work has included a focus on HIV/AIDS since the beginning of the epidemic in the early 1980s. Dr. Blumenthal convened the first NIH Conference on Women and AIDS in 1985, contributed to the first Surgeon General’s Report on AIDS in 1987 that was sent to all Americans, coordinated behavioral research at NIH on HIV prevention strategies and established as well as chaired the US Department of Health and Human Services’ Task Force on Women and AIDS.

Dr. Blumenthal has organized and chaired many national and international health conferences and briefings, written numerous scientific articles, edited books and served as an expert in the media on health issues. She was the host and medical director of an award-winning television series on women’s health. Admiral Blumenthal is the recipient of numerous awards, medals and honorary doctorates, including from Hebrew Union College and Ben Gurion University for her landmark contributions to improving health. She was named the Health Leader of the Year by the Commissioned Officers Association, as a Woman of Valor by Hadassah, as a Rock Star of Science by the Geoffrey Beene Foundation and decorated with the Distinguished Service Medal of the US Public Health Service, its highest honor, “for distinguished and pioneering leadership, groundbreaking contributions and dedicated public service that has improved the health of women, our Nation, and the world.”