Diabetes: A Word, Not A Sentence

Can diabetes be reversed? Could having COVID-19 increase my risk? Is it really in my DNA? We're talking types, triggers and tools in managing diabetes in our latest episode with Prof. Avivit Cahn, MD, endocrinologist and attending physician at Hadassah Hospital Ein Kerem. 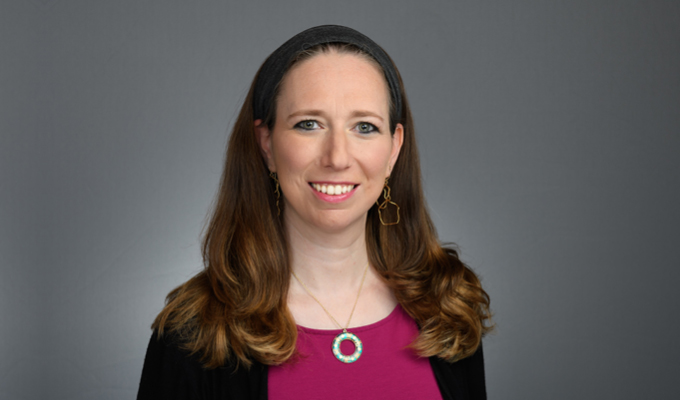 Prof. Avivit Cahn, MD is an endocrinologist and attending physician at Hadassah Hospital Ein Kerem. A graduate of the Hadassah Hebrew University of Medicine, she completed her residency and fellowship at the school. Prof. Cahn has led and participated in multiple clinical trials, including SAVOR-TIMI 53, and DECLARE-TIMI-58. She has led multiple sub-analyses of these studies including analysis of safety outcomes and outcomes in the elderly in the DECLARE-TIMI-58. Her research interests include big data and digital health, monogenic diabetes and diabetic foot complications, and she has published extensively on these topics.

She is also currently the Head of the Israeli Diabetic Foot and Wound Healing Society. Prof. Cahn has authored over 80 publications and book chapters, is a reviewer for multiple diabetes journals, and is on the editorial board of Diabetes/Metabolism Research and Reviews. She has lectured at multiple forums and served on numerous advisory boards.

More than 422 million people across the globe suffer from diabetes. "It's really approaching the size of a global pandemic and there's a lot of work to be done out there," says Professor Avivit Cahn, MD in the new episode of "Hadassah on Call." Cahn is an endocrinologist at Hadassah Hospital Ein Kerem and also head of the Israeli Diabetic Foot and Wound Healing Society. She has literally spent her entire life at Hadassah: she was born at the hospital, studied at Hebrew University Hadassah School of Medicine and worked here ever since getting her medical degree.

"We're definitely not eating today what our great-grandparents had been eating," she says. "There's a lot of chemicals in our food, a lot of fast foods, lot of fructose — all the processed foods and much less physical activity." Even foods which we think might be healthy — like fruit — can be harmful with its high sugar content if eaten in excess. "I would say if you're eating more than two, three fruits a day. So, that's beginning to be a significant source of sugar."

In addition to working with patients, Professor Cahn is heavily involved in clinical research trials for new drugs to treat diabetes, including collaborating on a project with AstraZeneca and the Harvard Medical School. Cahn also has made headway into a rare form of diabetes that is caused by a genetic mutation. "We have an excellent collaboration with our genetics department," she says. "I think that's the real benefit of being in a large tertiary center and academic center."

While she doesn't necessarily see a cure on the horizon for diabetes, she does point to one particular area of success: precision medicine. Cahn said that nearly all of her patients with Type 2 diabetes are diagnosed with the same basic condition: that the body doesn’t use insulin properly. “But it is so clear that they're not the same," she explains. "So I think this is really where research is going, to adjust people's treatment more personally based on their genetic and metabolic data. And then you could tailor the treatment much more specifically. Because now we're more or less giving people the same medication. And it's not really the way it should be done. You have this one-way algorithm for everybody, but people are so different."

What else you’ll hear in this episode:

The show is hosted by Benyamin Cohen and produced by the team at the Hadassah offices in both New York and Israel.

Watch the interview below.

Our recent episode about the future vision of Hadassah Hospital:

If you're enjoying this episode, you’ll want to check out our previous conversation with Prof. Yoram Weiss, MD, director general of the Hadassah Medical Organization. We covered a lot of topics about new technologies and his vision for the future of the hospital. “I would like to be a hundred times better than we're now,” Professor Weiss said. “I want us to be within the 10 best hospitals in the world in five years...". You can find that episode of “Hadassah On Call" on Apple Podcast, Google Play, on the web at hadassah.org/hadassahoncall, or wherever you get your podcast.

‍If you're a fan of this podcast, we have an opportunity for you to meet the doctors you've heard on the show at an upcoming event. Hadassah is hosting its 100th national convention in Jerusalem this November. You can join other friends of Hadassah to get a behind-the-scenes look at the cutting-edge research being done at our hospital. Plus, we'll have special-guided tours to explore the country's art, history, and, of course, food. Get more information and register for your spot at www.hadassah.org/100convention.