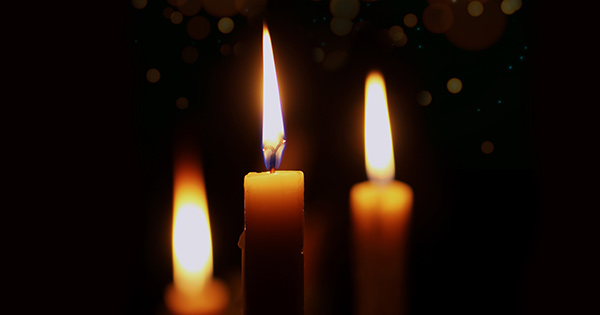 Survivors, their descendants, Israelis and Jews are among the tens of millions marking Holocaust Remembrance Day — Yom Hashoah — by honoring the lives lost in the Holocaust and those who heroically resisted in the Warsaw Ghetto Uprising, and by rededicating themselves to ‘Never Again.’

Generations of Hadassah members are among them and have made these their watchwords.

That is why on the evening of April 7 and every day, hundreds of thousands of Americans in every state work in their communities to build a safer and more tolerant world for Jews and all racial, religious and ethnic minorities facing persecution, violence and hatred.

Recognizing that without an unwavering and unyielding commitment that our history can be lost, Hadassah members have forged ahead at the state and federal levels in recent years with an unprecedented surge of legislation to keep the memory of the Holocaust alive, fight back against antisemitism and support Israel against a myriad of threats.

“Jews are responsible for one another,” said Hadassah National President Rhoda Smolow. “This has been true for thousands of years, and has driven Hadassah members for more than a century. Kol yisrael arevim zeh lazeh inspired the earliest Hadassah members to help rebuild our homeland and today it inspires us to advocate for policies that protect Israel, the Jewish people and all people facing intolerance. It gives me great pride that Hadassah has been at the forefront of the tremendous strides that America has made over the last several years.”

In Washington and state capitals, Hadassah members are doing their part by contacting their members of Congress and participating in our Day in the District program to advocate for our Zionist principles, testifying in front of legislators to have our values reflected in our communities, and educating our friends, families and neighbors about the risks we all face from hatred — and what can be done about it by working together.

Elsewhere, Hadassah members have been advocating in Ohio and Arizona for bills that support Holocaust education, written in their local newspapers about the importance of Congress codifying the IHRA definition into law, and hosted virtual events to educate themselves, friends and allies about the threat of rising antisemitism.

“The tradition of robust advocacy to build the world that we want to live in, and that we want our children and grandchildren to inherit, is in Hadassah’s DNA,” Smolow said. “Our work is critical, and I know I am hardly alone in rededicating myself today to doing whatever is necessary to live up to our shared promise to one another and ensure that ‘Never Again’ is never forgotten.”